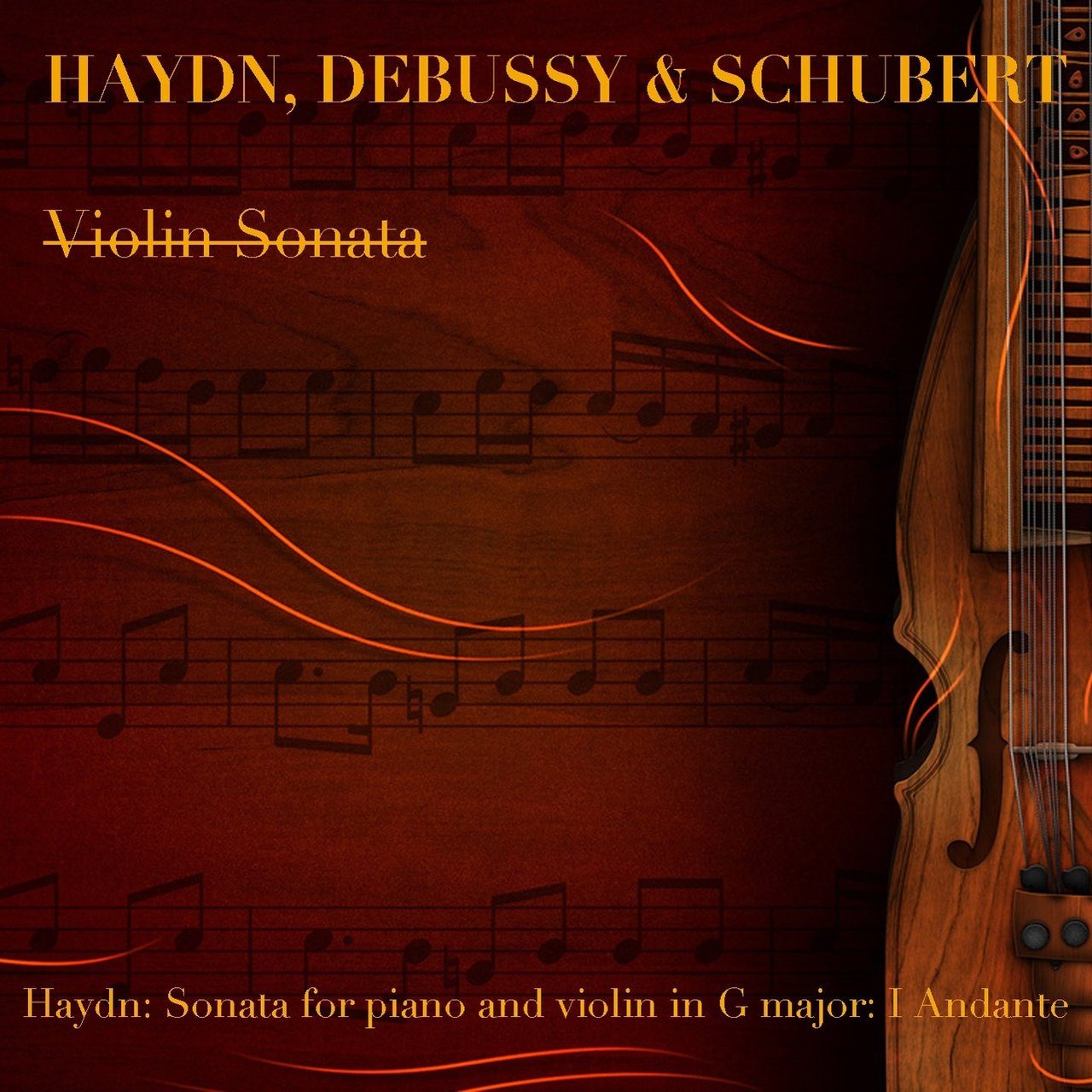 Welcome to June! Topping the new releases I’m drawing your attention to this month is young American violinist Caroline Goulding’s new recording of the Korngold Violin Concerto and Mozart’s Violin Concerto No 5, with the Berner Symphonieorchester under Kevin John Edusei. Then my other two shouts are for Thomas Dunford performing archlute arrangements of Bach’s music for solo cello and violin, and Bach Collegium Japan and Masaaki Suzuki’s latest choral release, of Beethoven’s Missa Solemnis.

More on those three further down. First, though, my older recording choice this month is Yehudi Menuhin performing Debussy’s Violin Sonata. Not the famous one made for EMI in the early ’70s with pianist Jacques Fevrier, though, but instead the recording made by the BBC in 1959, in Aldeburgh Church, for which the pianist was Benjamin Britten.

Composed at the end of the First World War, Debussy’s Violin Sonata was one of the works Menuhin and Britten took to Bergen-Belsen in July 1945, to perform to survivors of the newly liberated Bergen-Belsen concentration camp. A nurse touchingly described the young pair afterwards as, “two compassionate men, clad simply in shirt and shorts, creating glorious melody and moving amongst the people”. For their part, what they saw there stayed with them for the rest of their lives; something that Britten only articulated near his own death when, after years of barely speaking of it, he commented to his partner Peter Pears that, “the experience had coloured everything” he had written subsequently. Back to this recording, and you can hear that experience colouring their playing, because – to me at least – it sounds like the work of a war-weary composer being played by musicians who have seen the worst of what war can do; and consequently it gets right under your skin. Sure, some might complain about the audible background noise, such as audience coughs, and the creak of wooden pews. Also a slight background hiss. However this is actually all part of its charm, because you hear so keenly the spartan church space itself, and how the instruments truly sound in it. In fact it’s all so incredibly intimate and immediate-sounding that, if you were to shut your eyes, you could almost imagine yourself being there.

A conceptually delicious matching of two composer-prodigies named “Wolfgang”, Caroline Goulding’s first concerto disc – gifted to her as the Prix Thierry Scherz by the Swiss festival Sommets Musicaux de Gstaad, for winning their young artists competition – is an absolute cracker. First the Korngold Violin Concerto, the Bernersymphonieorchester under Kevin John Edusei opening luscious and softly sparkling, over which Goulding spins out clean-as-a-whistle long, supple, amorous lines, with will o’ the wisp nimbleness; and from here it’s a beautifully emotionally guaged journey from start to finish. As for Mozart’s Fifth, “Turkish” Violin Concerto which follows, their reading of this one is properly phenomenal: elegant and feisty, with their finale a particular pleasure for the way its theme wonderfully resists complete regentrification after a full-on earthy, Turkey-meets-the-hurdy-gurdy, central peasant stomp. Factor in that the recording is also acoustically a beauty, Berne’s Diaconis-Kirche lending a lovely bloom and gentle spaciousness, and the disc is probably my favourite release this year so far. So, whilst it’s the Mozart I’ve programmed here, please go listen to the Korngold too. 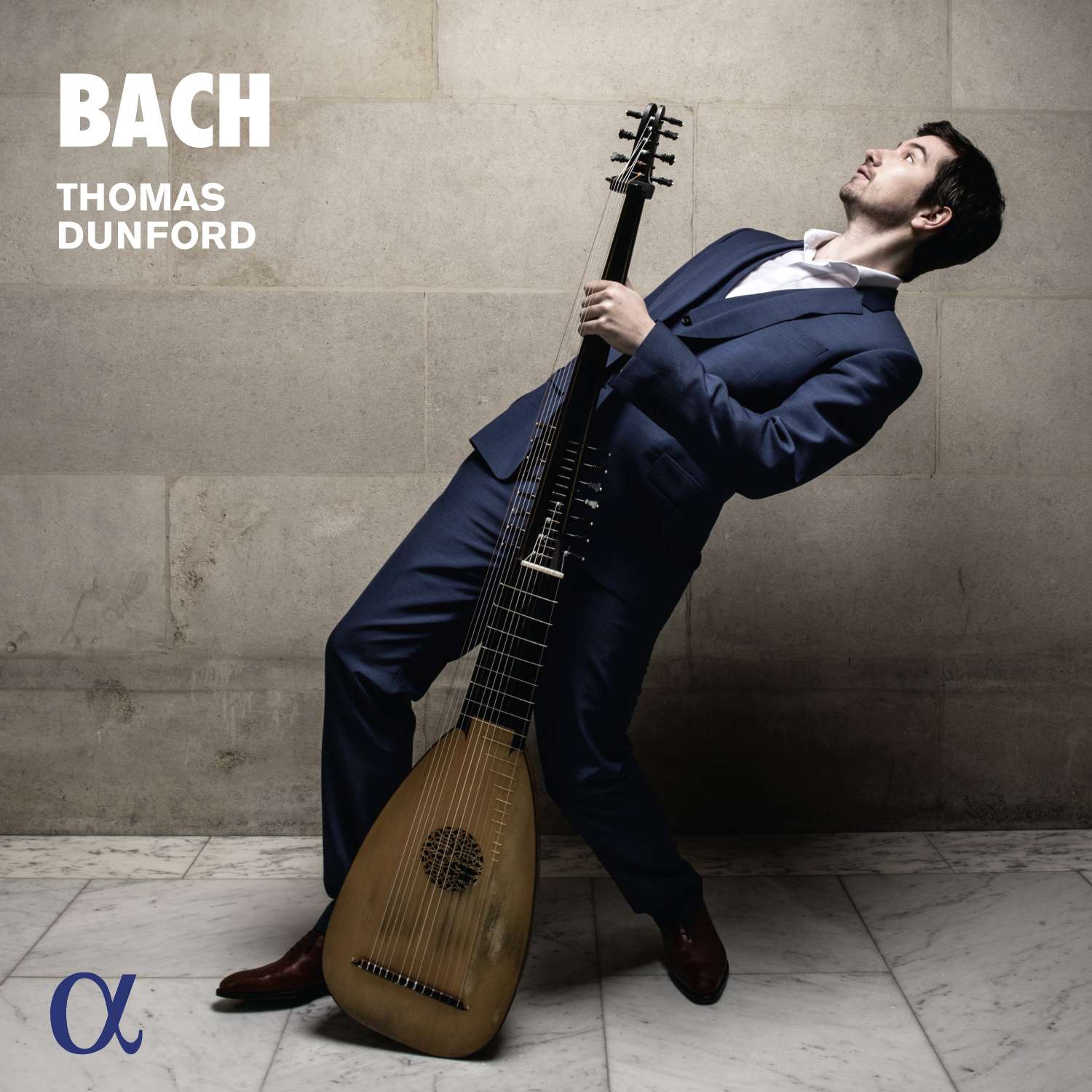 Thomas Dunford might well be the most compelling lutenist on the block at the moment, meaning that I’d been hoping for quite some time that he’d eventually release a solo album. So it’s a wonderful thing to have found that this one thoroughly meets all previous hopes and expectations. Bach might well be the most arranged of all composers, not least by himself, and so appropriately it’s his own lute arrangement of his Cello Suite No 5 in C minor that sits at the centre of Dunford’s programme. This is then framed by Dunford’s own deft arrangements of two of Bach’s most famous solo instrument works of all: the Cello Suite No 1, and the monumental Chaconne in D minor for solo violin; and whilst there’s a sense to which the Cello Suite No 1 makes a seamless shift to lute – especially with the broken chords of its famous opening prelude to ease you in – the Chaconne appears in an entirely new, and equally beguiling, light. It’s consequently the Chaconne that I’ve chosen for this playlist, and you’ll hear that, whilst it’s as profound and multi-shaded as previously, the softer lute sound works the music’s magic in an entirely different manner. It’s also the perfect vehicle for Dunford to show off his easy virtuosity, Bach’s semiquaver figures and runs flowing like water under his fingertips. The engineering is lovely too: warmly ample but not OTT, and miked so that you can really hear the archlute’s different textural colours. In short, I hope this is the first of many solo albums from him. 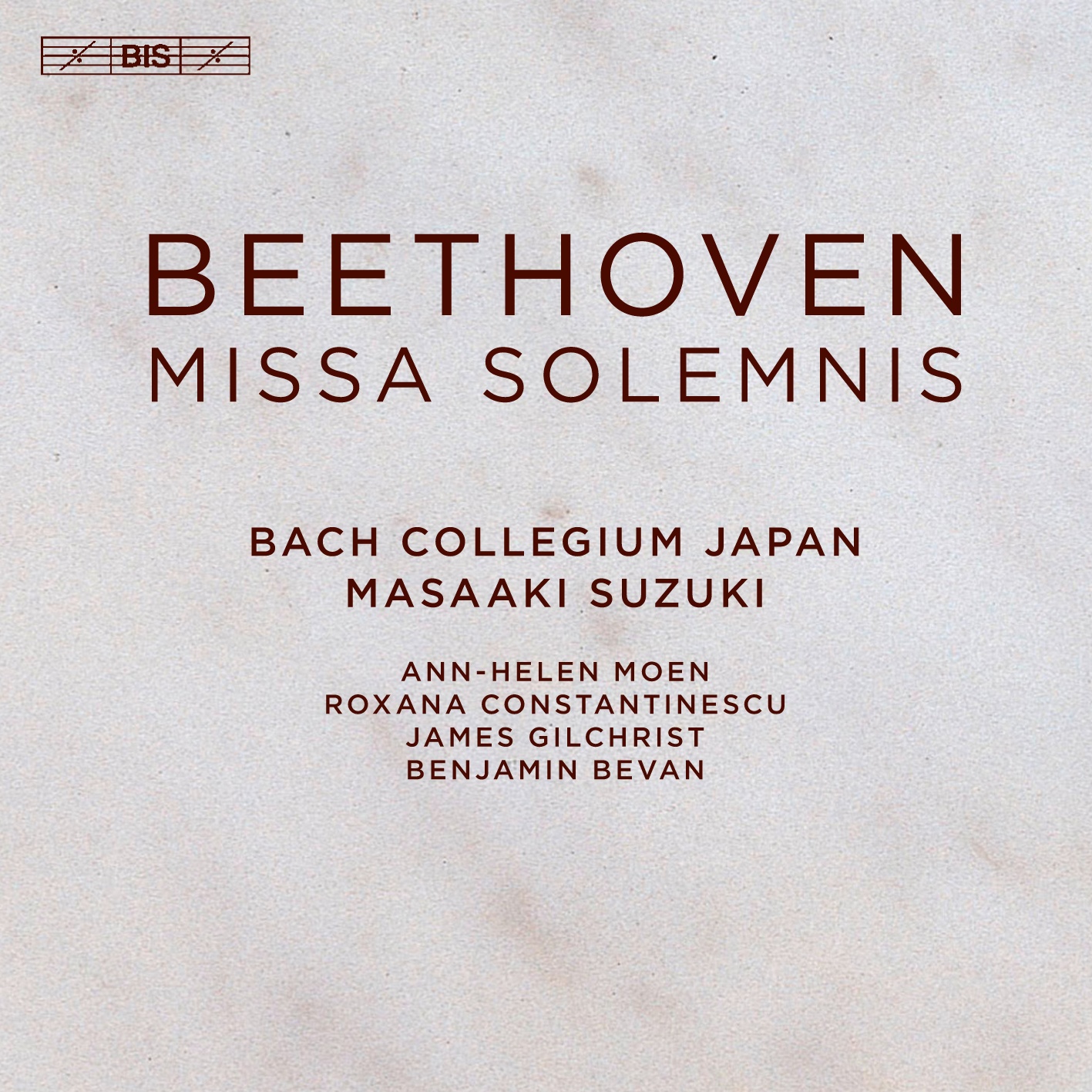 If you like your major choral works to come light, bright-toned, and with lucid textures, then this one is for you. For this playlist I’ve chosen the opening Kyrie, where you’ll hear all those qualities: air between the choral parts, a luminous orchestral sound, and superlative soloists who don’t go too heavy on the vibrato; and yet with the richness of Beethoven’s score also thoroughly there. This isn’t a mighty reading – if you’re after more weighty profundity then you might want to gravitate towards John Eliot Gardiner’s 1990 reading for Deutsche Grammophon – but this is an impeccably performed nimble, energetic and joyful listen that stands as a thoroughly valid alternative.