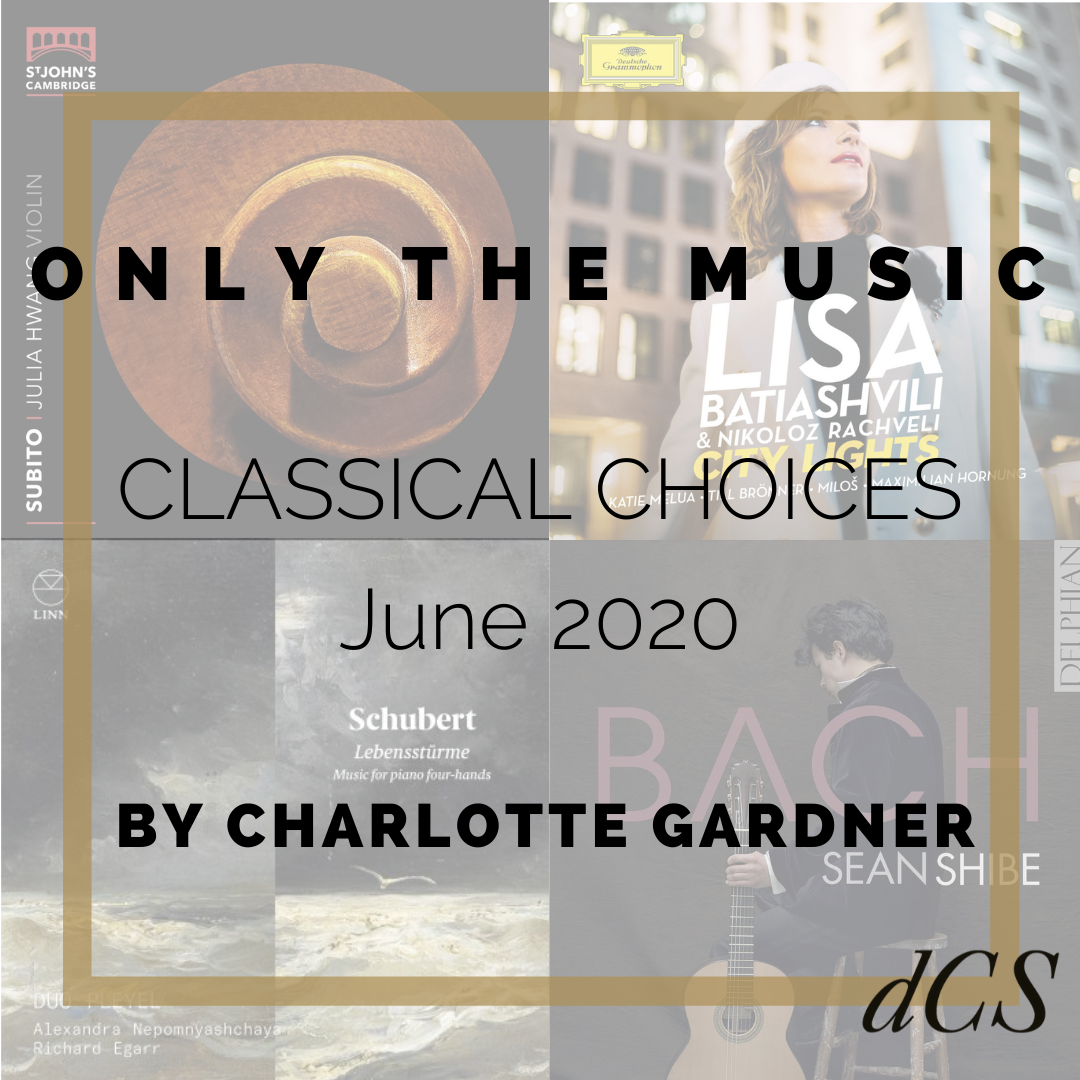 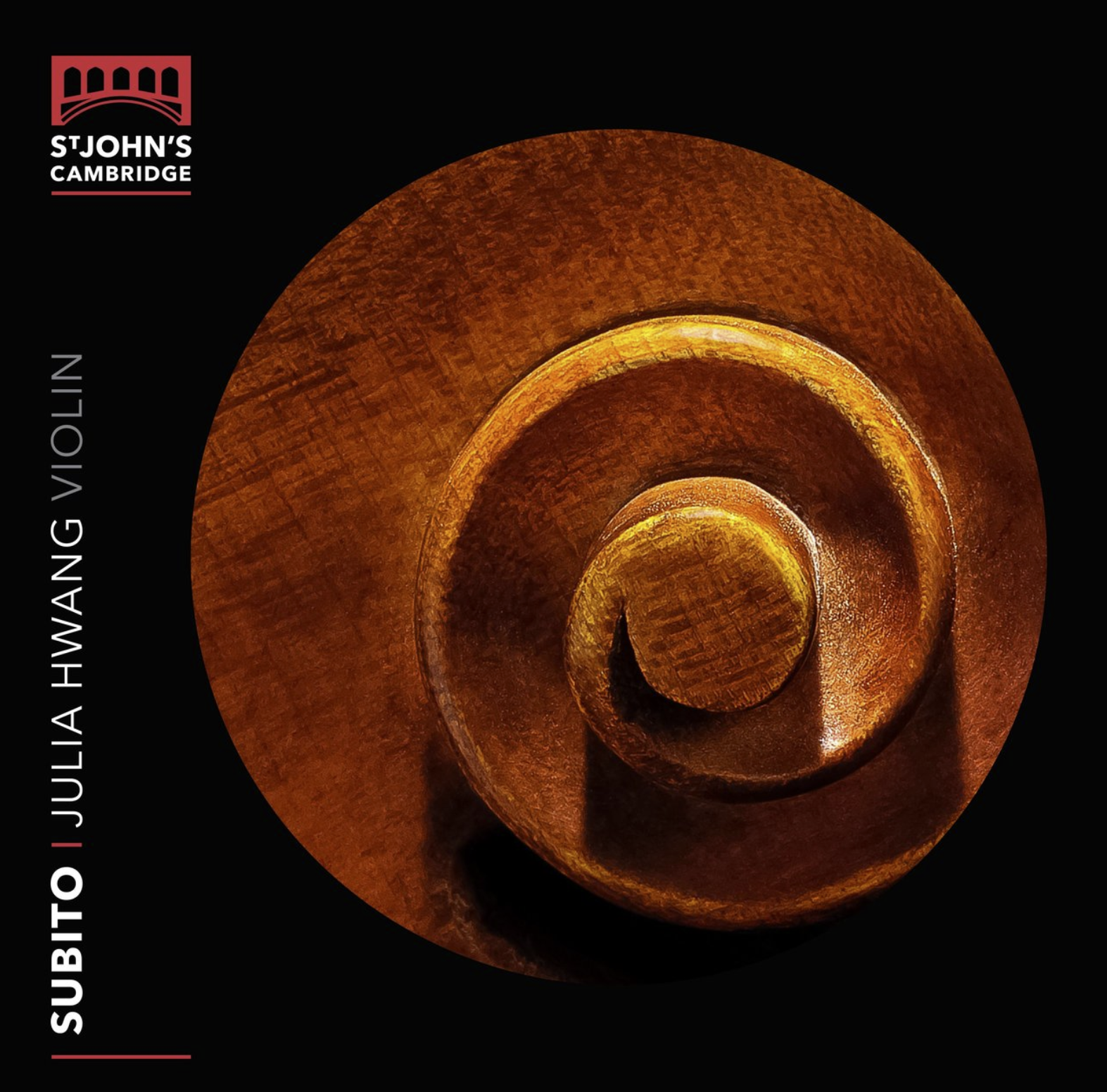 Ralph Vaughan Williams’s The Lark Ascending opens Only the Music this week, but not in the orchestral form it’s widely known today, but instead in its original 1920 version for violin with piano accompaniment. This first piano version has been almost completely eclipsed by the orchestral arrangement made the following year, yet it’s a gem, and not simply for the obvious reason that the smaller forces yield a much more intimate and feel. There’s something about the bell-like sonorities of the piano, and the greater silence and stillness surrounding its and the violin’s solitary lines, which speaks of feelings of a depth and introspection that you can’t really put into words. If it’s really true that Vaughan Williams dreamt up the piece in 1914 while walking the cliffs of Margate and watching warships engage in embarkation exercises, then this original version feels closer to what those sober, internal thoughts might have been than the more sumptuously scored orchestral transcription does, and consequently it’s the original that has become a regular soundtrack to my lockdown life. You’re hearing it here from the young British violinist Julia Hwang, with pianist Charles Matthews. 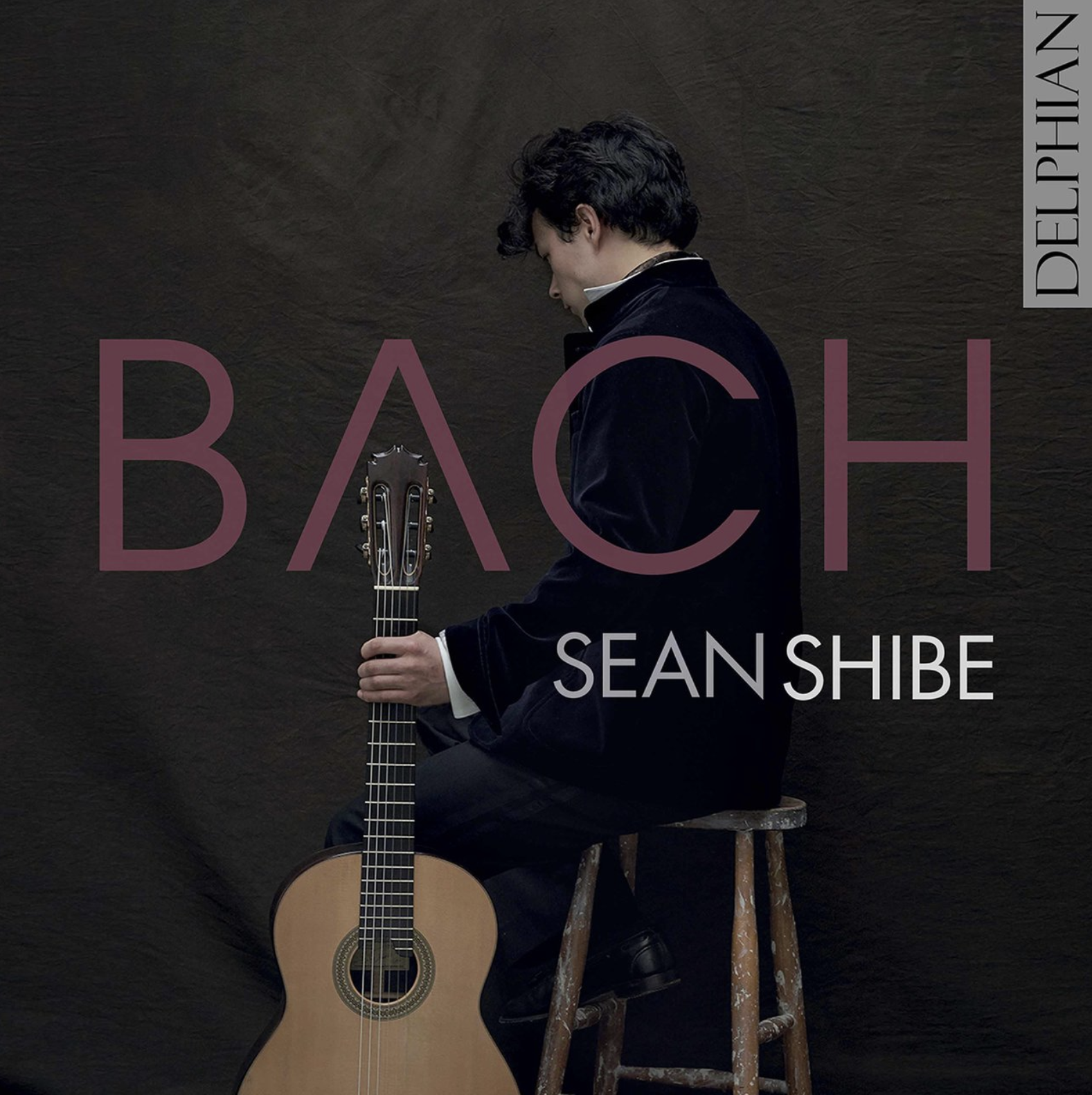 Confession time: I’ve never been much of a classical guitar person. However that all changed with Scottish guitarist Sean Shibe’s debut on Delphian of 20th century guitar works, Dreams & Fancies, which in fact stopped pretty much everyone in their tracks for its combination of personality and artistry. Then came his 2018 follow-up, softLOUD, pairing seventeenth-century Scottish lute music with 21st century works for electric guitar with yet more stunning performances, plus programming of an imagination which led in 2019 to him becoming the first ever recipient of the new Gramophone Award for Concept Album. So fast forward to 2020 and it’s no surprise that he’s now Gramophone’s June cover star for his new release of solo lute works by JS Bach, or that the album sounds as stunning as its predecessors. On the menu are the Lute Suite in E minor BWV 996, the Partita in C minor BWV 997, and the Prelude, Fugue and Allegro in E flat major BWV 998 – three works which may or may not have been also played (or possibly even intended…) for a curious and now long-forgotten instrument called the lute-harpsichord, which was quite literally a cross between a lute and a harpsichord, i.e. with the keyboard and legs of the latter, and the shell-shaped resonator and gut strings of the former (harpsichords have metal). The interpretations themselves have had me hanging off Shibe’s every note, marveling as ever at the technique on display, but also so entirely absorbed in the actual musical argument that to use the word “virtuosic” rather feels like missing the point. I’ve given you the Prelude, Fugue and Allegro. 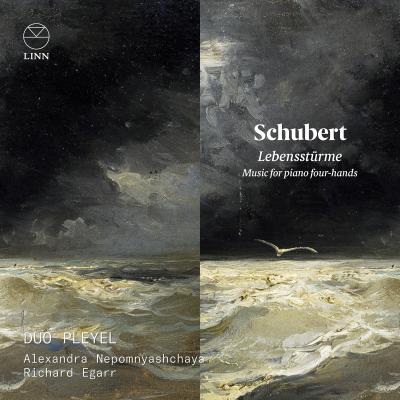 Of all the great composers of the nineteenth century, it was Schubert who left the greatest body of work for piano four hands. Yet while it’s music of masterpiece quality, it’s also repertoire that often tends to get overlooked in today’s professional performance world, not least because it’s a rare instance that two highest-level pianists are together in the same place for long enough to establish a duo rapport and actually begin to think about a recital or a recording. However here we have a beautifully chosen snapshot of it courtesy of Duo Pleyel, i.e. not a one-off collaboration but an actual permanent duo comprised of acclaimed period keyboardists Alexandra Nepomnyashchaya and Richard Egarr, which they formed three years old with the aim of bringing the four hands repertoire to a wider public, and named after their 1848 piano by Chopin’s preferred maker, Pleyel. The first half of their programme presents two early-career works dating from 1818 when Schubert was 21: the Rondo in D major D 608 and the Sonata in B flat major D 617. We’re then zipped to the end of his painfully short life for three works penned during the year of his death, 1828 when he was still aged just 31: the Fantasie in F minor D 940, the Rondo in A major D 951 and the “Lebensstürme” (Storms of Life) Allegro in A minor D 947. Unsurprisingly, the first thing to hit the ear is the characterful sound world of the Pleyel piano itself – softly bright, highly articulated, jewel-like tones, sounding golden lower down and sharper but not acidicly so up top, and arguably more multi-coloured in its resonances than a modern concert grand. To this add joined-at-the-heart-and-hip duetting which captures with equal success the pained, sharp-edged turbulence heard in that final “Lebensstürme”, and the smiling-through-tears delicacy you get in the Sonata in B flat. 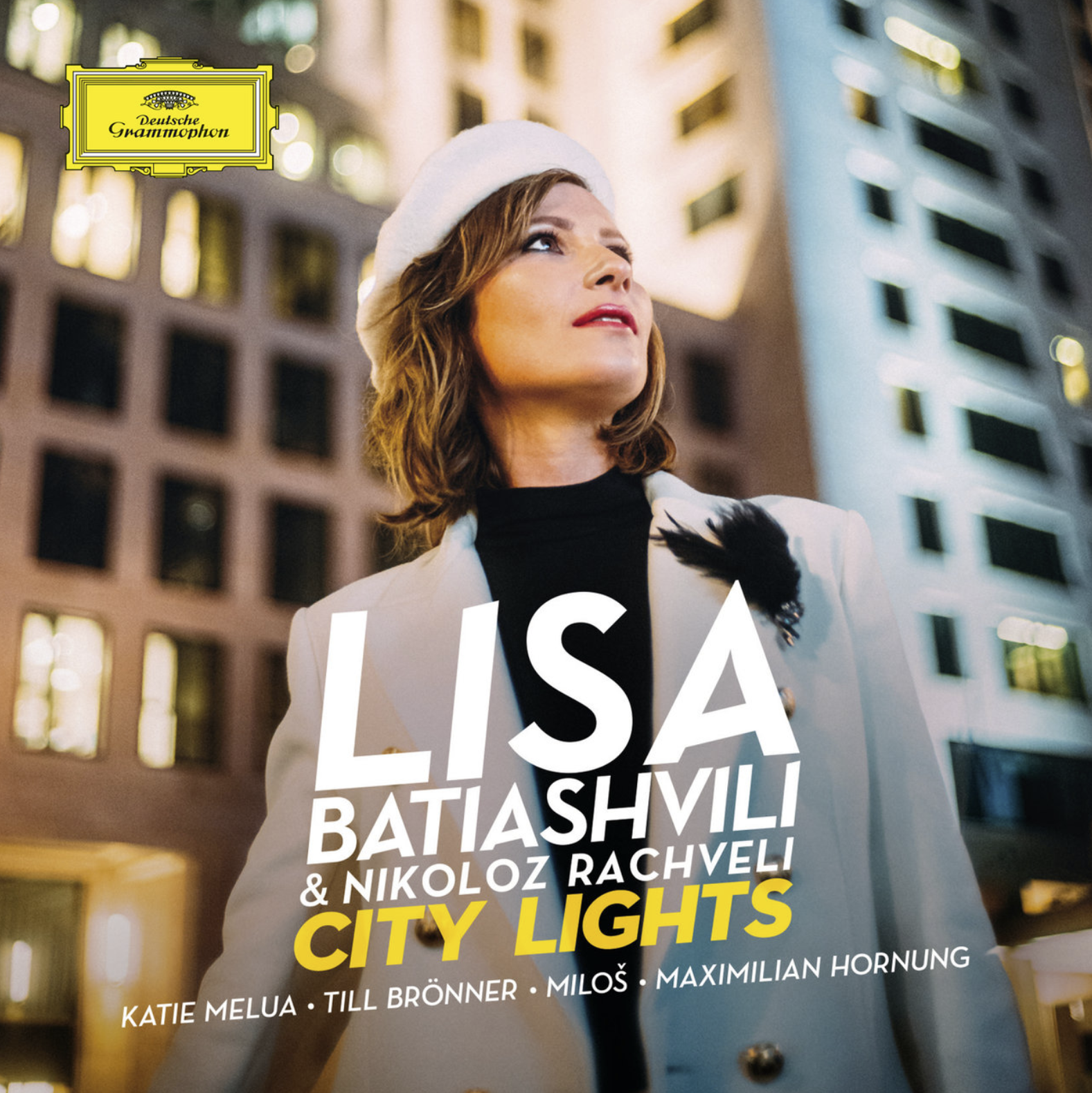 I love it when top classical artists do crossover with brilliance and class, and this is one of those. Named after the 1931 film which marked Charlie Chaplin’s debut in writing his own film scores for his productions, City Lights is an autobiographical travelogue from Berlin-based Georgian violinist Lisa Batiashvili paying duel homage to the eleven most important cities in her life, and also to Chaplin – popular in Georgia as Batiashvili grew up – in an extension of last year’s celebrations of the 130th anniversary of his birth. The result is a multi-genre programme ranging from JS Bach and Dvořák to Piazzolla and Morricone, opening with a suite based on Chaplin’s film music (including “Smile” from Modern Times of 1936), all of it recorded for the very first time, and with Batiashvili joined by a host of top artists drawn from both the classical and the non-classical musical worlds: singer Katie Mulua, jazz trumpeter Till Brönner, guitarist Miloš Karadaglić, cellist Maximilian Hornung, the Rundfunk-Sinfonieorchester Berlin and the Georgian Philharmonic Orchestra. It’s beautiful stuff, too. If something can be gently but also sumptuously romantic, then that’s what this is, both in terms of Batiashvili’s playing and in overall feel. Think Golden Age Hollywood, unashamed of wearing its heart on its sleeve, but always in unfailingly elegant form. I’ve chosen No Better Magic, her London tribute written by and featuring Katie Melua and Zurab Melua (the latter on guitar), supported by the Georgian Philharmonic under Nikoloz Rachveli, who orchestrated both this and the majority of the album’s arrangements. Then the traditional Evening Song for Helsinki for which Batiashvili is joined by the strings of the Rundfunk-Sinfonieorchester Berlin.

Note: Schubert Lebensstürme – Music for Piano Four Hands, Duo Pleyel on (Linn records) is unavailable on TIDAL or Qobuz and therefore does not appear on the playlist