Welcome to the first Classical Only the Music of 2020, a whoppingly significant year in the classical music world for being the 250th anniversary of Beethoven’s death. This of course means that Beethoven’s music is going to be everywhere you turn over these next twelve months, and while some have argued that there’s enough Beethoven around already without being served up even more of it, I for one am thrilled. Beethoven represents a bottomless box of delights. Firstly in terms of the amount of repertoire to explore, not all of which is well known. Secondly in terms of the size and age of the recordings catalogue; for instance the Violin Concerto was recorded for the first time all the way back in 1916, by the largely forgotten violinist Juan Manen. No doubt I’ll be feeding you some truly old Beethoven recordings over the coming months, but I’m going to begin with one from more recent history: Sir John Eliot Gardiner and his period instrument Orchestre Révolutionnaire et Romantique performing Symphonies 5 and 7 live at Carnegie Hall in 2012. This is easily my favourite recording of these works, both because of the earthy punch the period woodwind and brass bring to the timbral table, and because these are edge-of-the-seat interpretations brimming with fervour and understanding. I’ve given you the whole of Symphony No 7 (the one with the famous second movement funeral march).

This month’s new releases then start with Morgen, rising soprano Elsa Dreisig’s exquisite second album for Erato, after which comes a recording debut from the Kitgut Quartet, followed by the Franck and Chopin cello sonatas from two of the world’s most in-demand soloists, cellist Gautier Capuçon and pianist Yuja Wang. 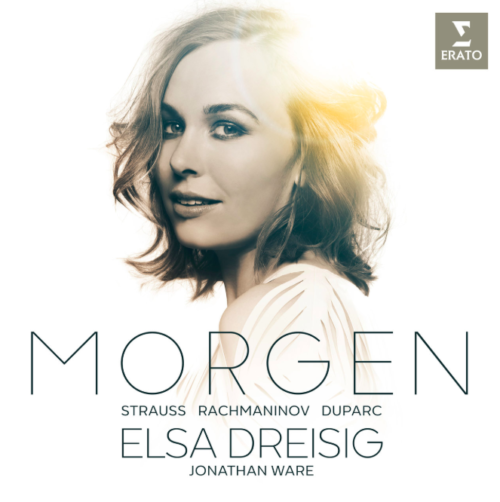 The young French-Danish soprano Elsa Dreisig has been notching up a veritable string of awards and accolades over recent years, including First Prize at Plácido Domingo’s 2016 Operalia vocal competition, and Copenhagen Opera Festival’s 2017 Young Opera Artist of the Year. Her 2018 debut album of opera arias with Erato, Miroirs, garnered her further praise, and now this follow-up recital disc with pianist Jonathan Ware promises to continue her upwards trajectory. Titled Morgen, it interweaves songs by Strauss with thematically linked works by Sergey Rachmaninov and Henri Duparc, and it’s a pair of songs by those latter two composers I’ve chosen for this playlist: Duparc’s L’invitation au voyage and Rachmaninov’s Margaritki (or “Daisies”) from Romances Op 38. Wih steely, slender-toned purity up top, and a lovely rounded warmth in her lower registers, it’s a voice I could listen to all day, and the partnering from Ware is equally perfectly pitched. 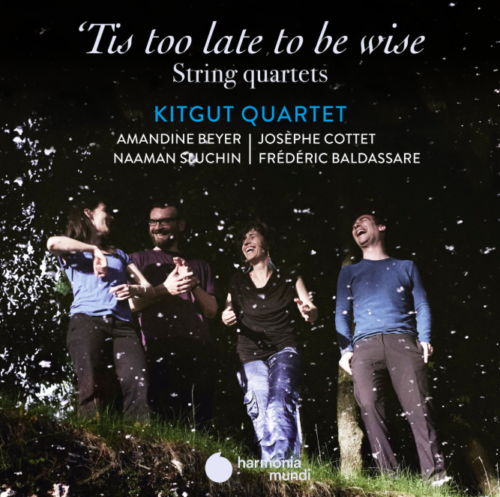 ‘Tis Too Late to be Wise – Kitgut Quartet

‘Tis Too Late to be Wise may be the Kitgut Quartet’s debut album, but its four musicians – violinists Amandine Beyer and Naaman Sluchin, viola player Josèphe Cottet and cellist Frédéric Baldassare – are no strangers to the recording studio, being acclaimed soloists linked with some of Europe’s leading period-instrument ensembles; and if you’re wondering about the name, this refers to the period “kitgut” or catgut strings with which they’ve strung their instruments. On to the programme itself, and this is an exploration of the origins of the string quartet taken from the fascinating and highly original angle of presenting “Father of the Quartet” Haydn’s Opus 71 Quartet No 2, composed in Vienna in 1793 between his two London visits, alongside four-part English compositions dating from the second half of the sixteenth century – pieces known as “curtain music” or “act tunes” because they were composed to be played in front of the lowered curtain during set changes in the theatre, to stop the audience from getting bored and leaving their seats. I’ve given you Locke’s “Curtain Tune” from The Tempest, the first movement of the Haydn, then Purcell’s “Fairest Isle” from King Arthur. Recorded in the large stone-walled, wooden-roofed Ferme de Villefavard in Limousin, the surrounding acoustic is full of character and warmth, and the same is true tenfold for the actual playing – subtle drama, bags of heart and joy, and the beautiful bristle of those period “kitgut” strings. 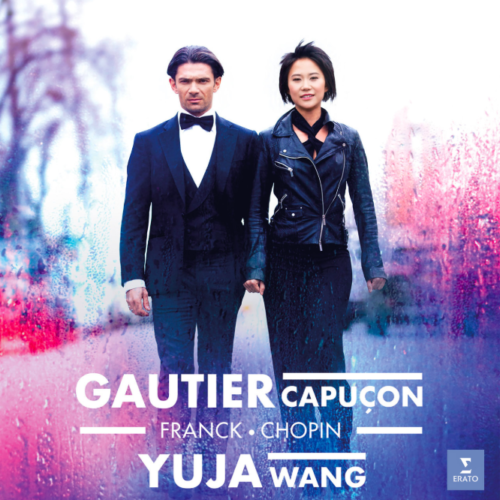 It would be hard to come up with a starrier chamber pairing than Gautier Capuçon and Yuja Wang, who were recently named respectively as the world’s busiest cellist and pianist of 2019 by the international concert listings and reviews website Bachtrack in their annual retrospective numbers-crunch. So what better programme for them than the Franck and Chopin cello sonatas – two works so very equally weighted between cello and piano that it would be plain nonsensical to describe the pianist as mere accompanist; the piano writing in the Franck in particular feels almost concerto-esque in places. This in turn demands immense chamber awareness and sensitivity from both musicians, and to say that you’re hearing those qualities in abundance here is an understatement. Capuçon and Wang’s chamber partnership is now several years old, this programme was one they toured extensively across America in Spring 2019, and the superglued partnering that’s wound up on this resultant album very much reflects that. I’ve given you the Franck sonata in its entirety: a poised, subtle and spacious reading over which from Capuçon you’ll hear finely nuanced colourings at every turn, complemented by jewel-like delicacy and precision from Wang. Also on the album are Chopin’s Introduction et Polonaise and Piazzolla’s fiery showpiece, Le Grand Tango, and I urge you to also explore these and the Chopin sonata by yourselves.