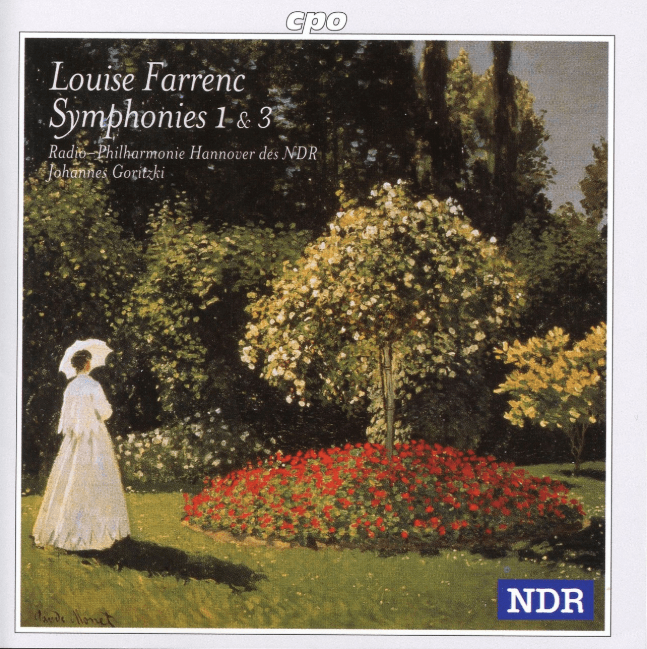 When it came to choosing my first “older” Only the Music choice of 2019 it was very clear which route I’d be taking. Fresh in my memory as I type is the recent launch of Venus Unwrapped, the concert series at London’s Kings Place which will spend the next eleven months throwing a light on the achievements of women composers. That opening event saw soprano Mary Bevan and members of the Orchestra of the Age of Enlightenment perform the music of seventeenth century Venetian composer Barbara Strozzi, and by the time the year is out over 100 women composers will have been represented across over sixty events. It should be fascinating, and I suspect many of us will emerge the other end having had previously-held perceptions challenged and changed. So the first track on this month’s playlist is the first movement of French composer Louise Farrenc’s 1847 Symphony No 3 in G minor, a magnificent work that represents a colossal achievement not simply for the fact that it was composed at a time when women were barred from composition classes at the Paris Conservatoire, but also because this was an era during which symphonic music in general was out of fashion on Parisian stages, audiences instead preferring grand opera. Opening with solitary oboe, before quickly and expertly building to a huge full-orchestra climax, this is a brilliantly crafted and thoroughly ear-grabbing work which thoroughly explains why Robert Schumann admired her music so much.

It’s Schumann who then tops this month’s three new release choices, in the shape of cellist Gautier Capuçon’s new all-Schumann programme for Warner Classics, after which we have Early Music vocal ensemble Stile antico on Harmonia Mundi, with a programme centred around English Elizabethan composers in exile. Then to finish, a first foray into the recording studio from the young Consone Quartet that’s resulted in a programme of Mendelssohn and Haydn which I’ve no doubt I’ll still be describing in eleven months’ time as one of the most satisfying recording debuts of 2019. 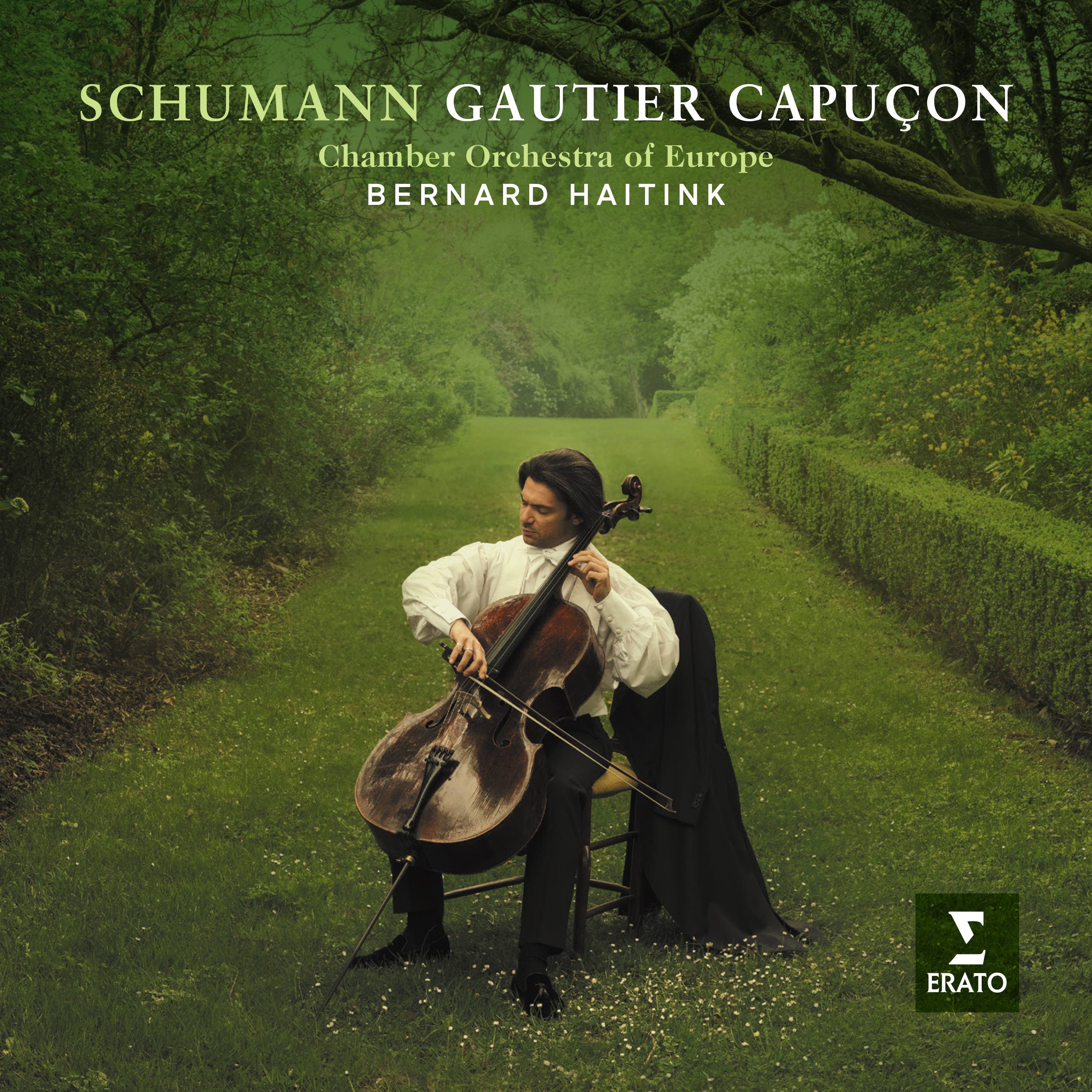 Years in development, Gautier Capuçon’s latest album is an all-Schumann programme of live concert recordings dating between 2009 and 2015, made with some of his longest-standing musical collaborators and champions. Its superlative curtain-raiser is the Cello Concerto (composed so the three movements flowed seamlessly into each other with no breaks, such was Schumann’s dislike of mid-work applause), recorded in 2015 in the Amsterdam Concertgebouw with the Chamber Orchestra of Europe under Bernard Haitinck (first concert together 1997). Capuçon’s playing here is supremely elegant and unfailingly beautiful of tone. However equally it’s taut with drama, and with a wonderful ever-so-slightly-untamed quality which brings to the fore the turbulence and instability which dominated so much of Schumann’s life and psychological state. Haitink and the COE meanwhile are with Capuçon every step of the way, with a multi-coloured reading imbued with understanding of both composer and soloist. The rest of the album then underlines Capuçon’s status as one of the world’s finest chamber musicians, with recordings made with pianist Martha Argerich (first concert 2002) at her Martha Argerich Project Festival in Lugano: the Adagio and Allegro op.70, the Fantasiestücke op.73 and the Fünf Stücke im Volkston op.102; then the Fantasiestück op.88 for which they’re joined by Capuçon’s violinist brother Renaud (first concert 1997). With all of these it feels every bit as much like perfection every step of the way, with chamber bonding which couldn’t be any tighter, closer or more instinctive. Or indeed more exquisite, when it comes to moments such as the brothers’ dovetailing lines of the op.88 central slow movement. Obviously it’s early days, but I have a feeling this will turn out to be one of this year’s stand-out albums. So lucky us that we get it as early as January. 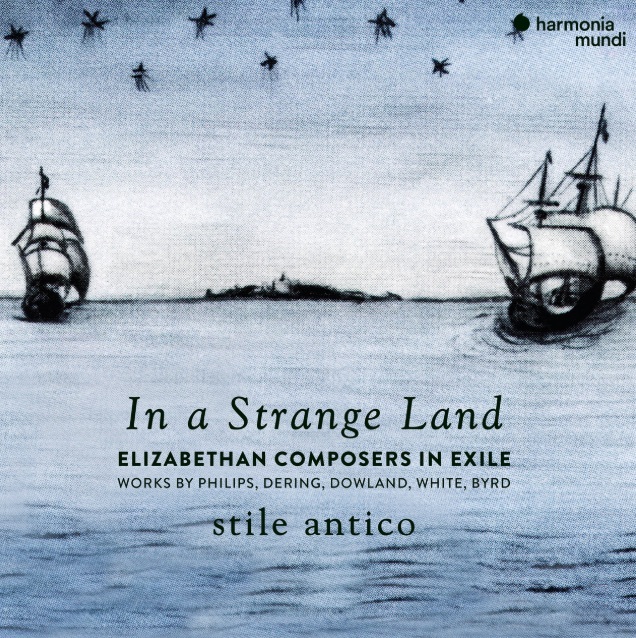 This latest beautifully conceived album from Early Music vocal ensemble Stile antico is built around the music of Elizabeth composers who found themselves in exile as a result of their Catholic faith. Sometimes this was textbook geographical exile, with composers such as Peter Philips, Richard Dering and John Dowland effectively choosing spiritual home over physical home by leaving England’s shores for new lives on the continent. For other composers though, such as Robert White and William Byrd, the exile took the form of spiritual exile in England itself.

The works Stile antico have chosen span the emotional and stylistic gamut. On the one hand, there’s Robert White’s (1538-1574) affecting Lamentations a 5: a dramatic and individual setting of the Old Testament Lamentations from Jeremiah, meditating on the Babylonians’ destruction of Jerusalem, which would have felt especially pertinent subject matter for an England-based Catholic. But on the other hand there are works such as Peter Philips’ joyous and slightly more archaic-sounding “Gaude Maria virgo”. The Stile antico sound itself is clear and agile, with female sopranos so boy-treble-like of tone that at points you can’t believe that’s not what you’re listening to, and the two tracks I’ve chosen show that off to the full. First, Richard Dering’s Italianate, madrigal-like “Factum est silentium”, which sets a dramatic passage from the book of Revelation. The second extract is then the recording’s only modern piece, from one of today’s finest British composers: Huw Watkins’ 2014 setting of Shakespeare’s poem The Phoenix and the Turtle, which on the surface describes the funeral rites of the phoenix and the turtle dove (symbolic of perfection and devoted love), but which may also have been an allegory about Catholic martyrs. 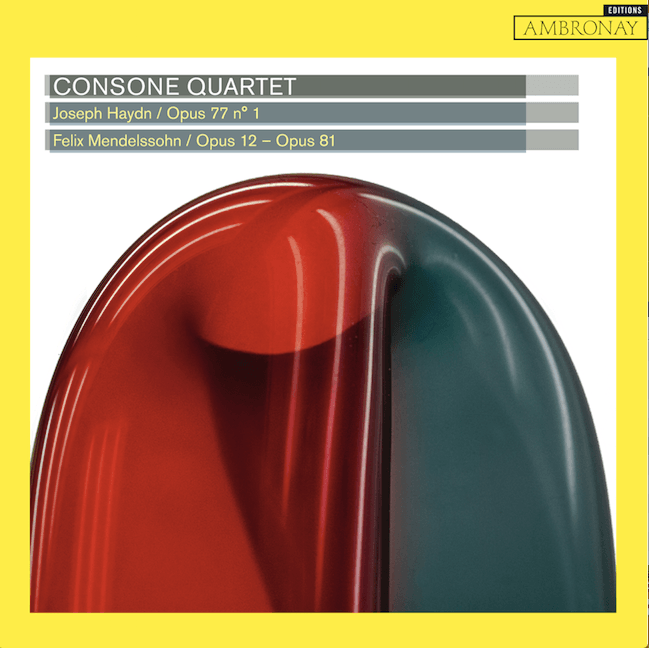 Every so often a debut recording comes along which absolutely leaps out of the stereo at you as something special right from its first seconds, and this is one of these.

Formed in 2012 at London’s Royal College of Music, the Consone Quartet focusses on exploring Classical and Early Romantic period repertoire on period instruments, and their successes to date include winning the 2016 Royal Over-Seas League Ensemble Prize, and two prizes at the 2015 York Early Music Competition, including a place on the Eeemerging Scheme for young artists at Ambronay. At the centre of this programme now recorded through that same Eeemerging Scheme is the first of Haydn’s late-life op.77 pair of string quartets of 1799, commissioned by the wealthy Viennese patron Prince Maximilian Lobkowitz who at the same time commissioned a set of quartets from the young Beethoven. Bookending this are two Mendelssohn quartets: the String Quartet No 1 of 1829, written by the eighteen year old composer shortly after Beethoven’s death sent shockwaves across the musical world; then the four string quartet movements dating from various periods of Mendelssohn’s life, which after his death in 1847 were grouped together and published (in 1850) as his op.81. It’s Mendelssohn’s String Quartet No 1 you’ll find on this playlist, and the Consone Quartet’s tender and poised reading displays all the qualities you’ll hear across their programme: clean, lucid tone; tonally zinging and tightly superglued ensemble playing; beautifully spun long lines; and a compelling narrative to the phrasing which has you hanging on for their every next musical word.