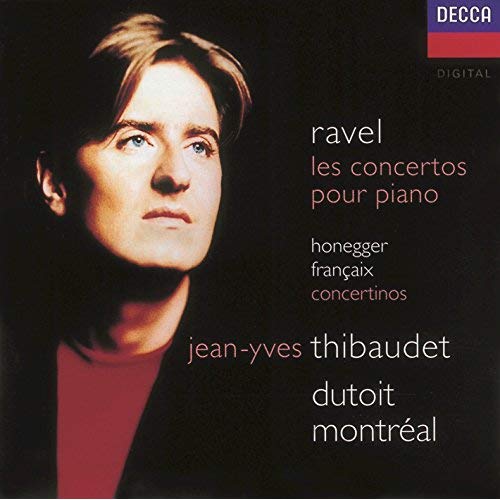 This month’s older recording choice is Jean-Yves Thibaudet’s 1996 programme for Decca of the two Ravel piano concertos, partnered by the concertinos (short concertos) of Honnegger and Français, accompanied by the Royal Philharmonic Orchestra under Charles Dutoit. This was the first classical CD I bought with my own money, as a teenager who had recently fallen in love with the slow movement of Ravel’s G major Piano Concerto. However the purchasing of it constituted a bit of a learning curve, because whilst I knew what music I wanted, I knew nothing about artists or recordings; so it was a bit of a shock when I wound up in the CD shop faced with about seven different recordings of the work, and without the foggiest clue as to which one to choose. Still, I wanted that concerto on my shelf, so eventually I took a leap in the dark and plumped for Thibaudet and Dutoit, on the basis that a French pianist and conductor presumably knew what to do with a French composer. Also (embarrassed cough) because the CD itself looked suitably smart and glossy….. By complete fluke, though, I had picked a fantastic recording, because when Ravel’s 1931 G major piano concerto is full of jazz influences inspired by his 1928 concert tour to America, Thibaudet is not simply a French pianist, but a French pianist who for years has been immersed in American musical life; for instance he’s currently artist-in-residence with the Boston Symphony Orchestra, and is also considered to be one of the foremost interpreters of Bernstein’s Second Symphony for Piano and Orchestra, The Age of Anxiety. As for why this is the month to be showcasing this brilliant recording, it’s because one of my festival trips this summer was to Beaune, for Musique et Vin au Clos Vougeot, and one of the concerts I attended there saw Thibaudet accompanying Russian violinist Svetlin Roussev in Ravel’s Violin Sonata: another work crammed with jazz influences, having been composed between 1923 and 1927 when a St Louis blues band happened to be resident in Paris. And this was a performance which gave me cause to appreciate anew Thibaudet’s complete ease in the musical languages of both France and America. So, here’s that 1996 G major concerto recording for you now. 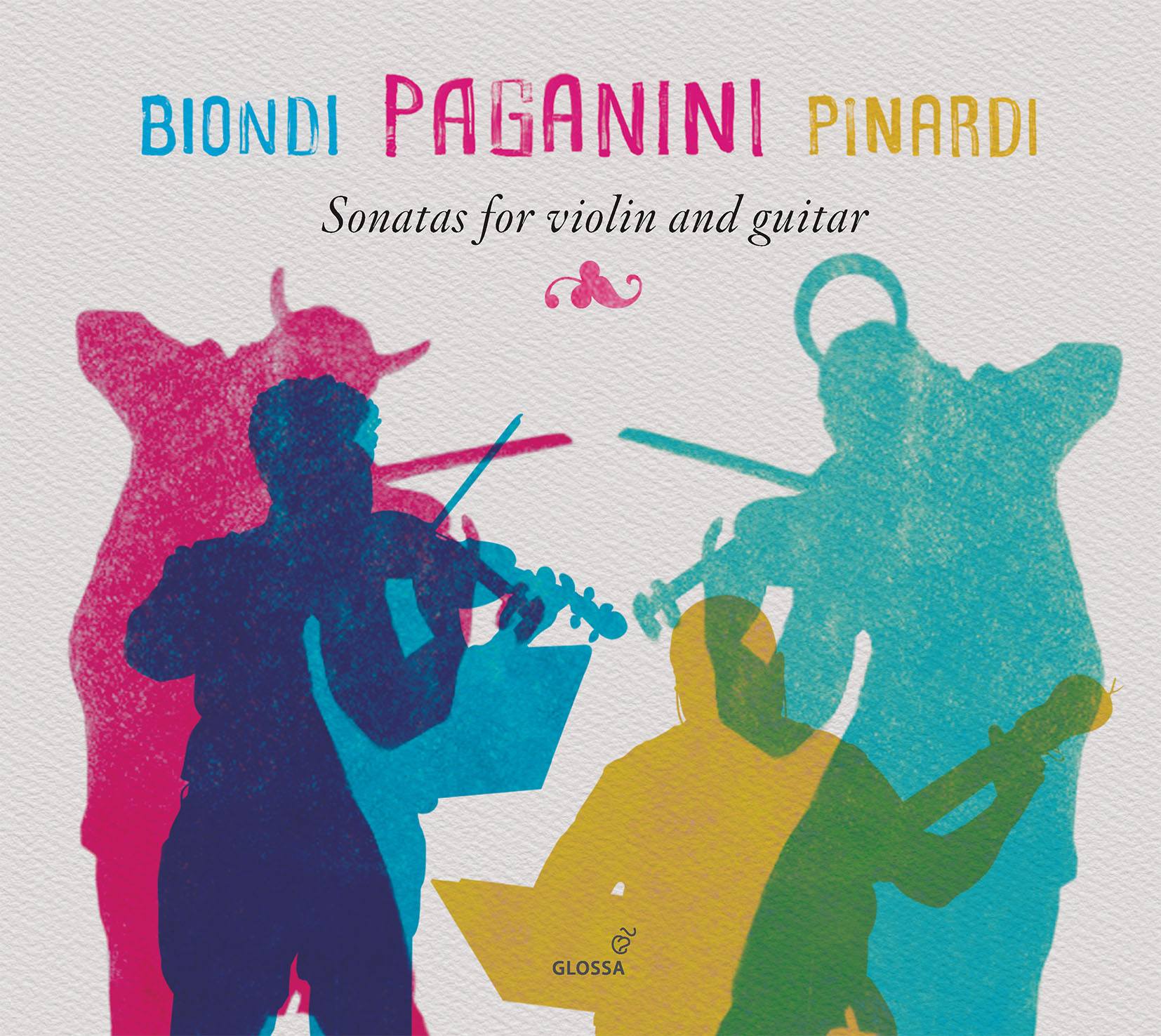 This is an album that has been constantly on my stereo since it popped onto my doormat a month ago for review in Gramophone. Recorded in the nineteenth century hall of Valencia’s La Beneficencia cultural centre, with sound engineering absolutely reveling in that sonorous ornate space (but without overdoing it), this album is the typical scholarly effort we’ve come to expect from period violinist Fabio Biondi, prepared as it is with Paganini’s original manuscripts. Plus, the repertoire itself is a joy: singing, lyrical melodies which bring to mind both bel canto opera and folk music, and overall a sunnily serene style that every so often gets deliciously spiced by the devilish flavour of Paganini’s caprices which, like these sonatas, he was composing during the first two decades of the nineteenth century. On this playlist is No 6 in A major and No 12 in D major, and the second movement of No 12 has some wonderful sudden, vaguely sulphurous moments to listen out for, beautifully realised by Biondi and Pinardi. Take the skittish violin inflections at 1’48” and 1’55”, and the caprice-y downward tumbles and left-hand pizzicato flourishes right at the end between 3’47” and 3’56”. 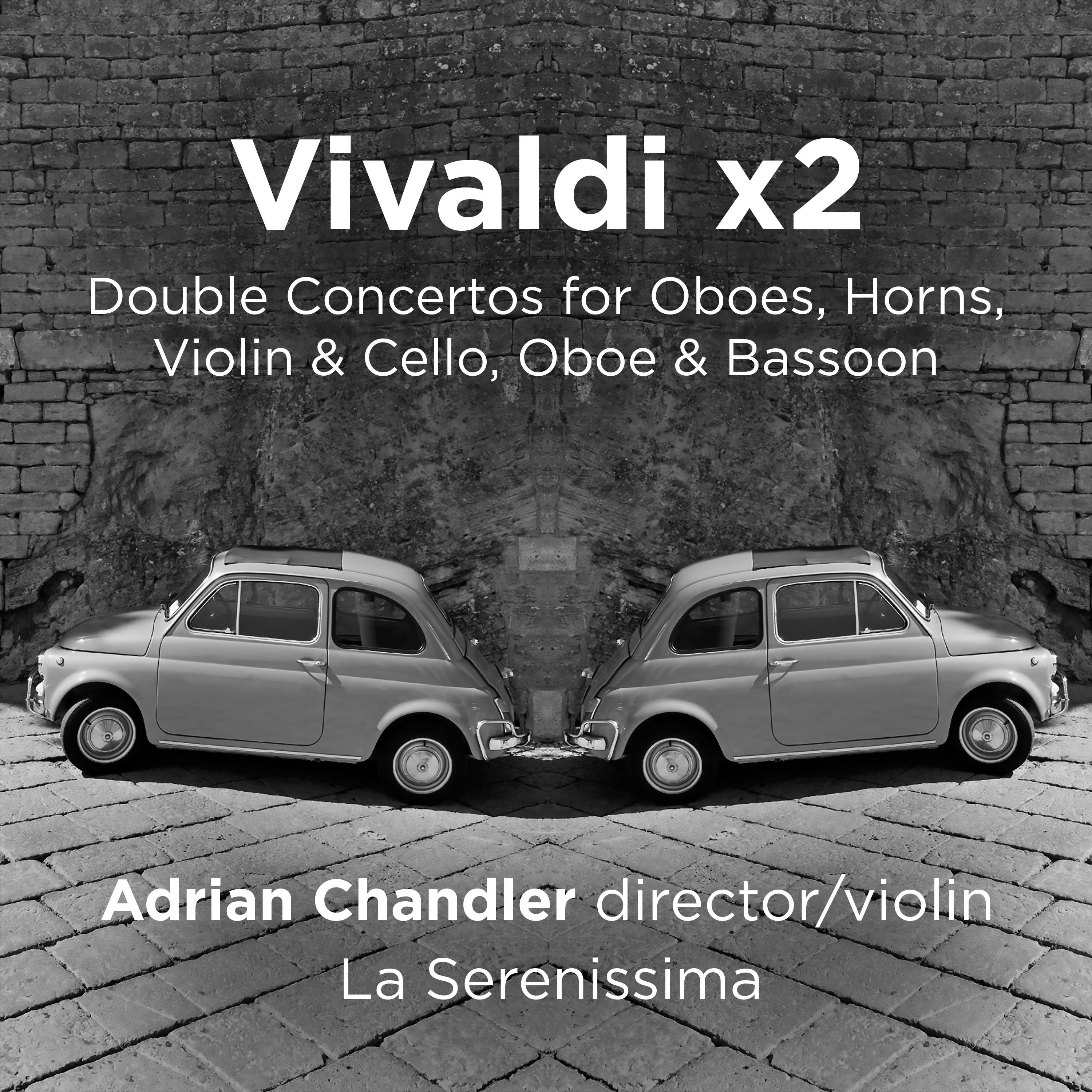 Anyone familiar with La Serenissima’s zestily elegant 2016 Four Seasons will be aware that these musicians represent one heck of a crack team when it comes to the music of Vivaldi. Also indeed when it comes to the Italian Baroque in general, given that in 2017 they carried off the Gramophone Awards’ Baroque trophy for The Italian Job, a multi-composer assortment of sinfonias and concertos. Vivaldi x2 is as multicoloured as its award-winning predecessor is, presenting a medley of double concertos for hunting horns, oboes, bassoon, violin and cello. On this playlist is RV 539, the most glittering of Vivaldi’s two double horn concertos, which features some of the highest-tessitura horn writing in the entire Baroque period; and it appears here with some fantastically nimbly neat, exuberant period horn playing from soloists Anneke Scott and Jocelyn Lightfoot. The balance is lovely too: horns distinct but evenly-weighted with the orchestra, the softly luminous strings properly forward so as to really appreciate their timbres, and continuo equally nicely judged.

Listen to the full playlist on TIDAL