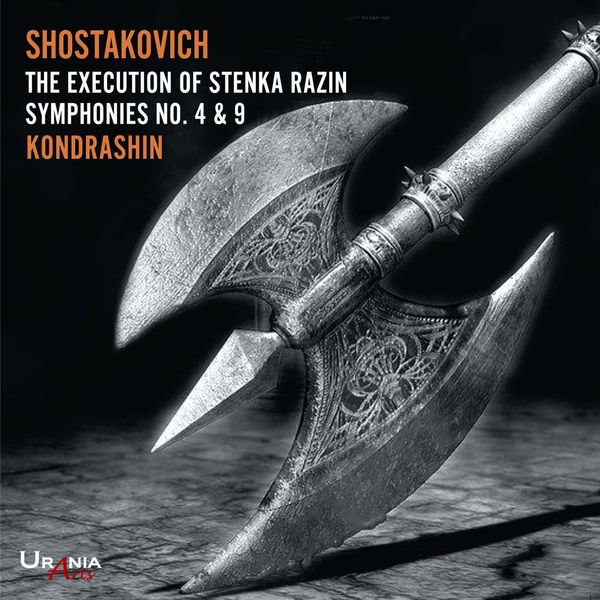 As a general rule, the music I push in your direction via this column is on the “pure enjoyment” end of the stylistic scale. That’s not to say that I won’t suggest the odd work which stretches you slightly with a more modern-sounding harmonic language; and equally if you’re after “smooth classics” then I hope that I’m a crushing disappointment on that front too. Still, I’m not sure that I’ve ever gone quite so far as I am this month with my older recording choice, because it’s Shostakovich’s cantata for bass, chorus and orchestra, The Execution of Stepan Razin. This is not a well-known piece at all. In fact I’m not sure whether it’s even ever performed in the UK, and the only reason it’s entered my own radar is because it featured on the Russian leg of this month’s inaugural concert tour of a new Anglo-Russian orchestral initiative for conservatoire students, the Britten-Shostakovich Festival Orchestra, for which I have written the concert programme notes; and its sound and emotional world is so very unrelentingly harsh and violent-sounding that as I researched it my husband poked his head around the door of my office and asked in tones of horror, “What are you listening to? It’s horrible!” But the thing is, it’s fabulously horrible if you know what you’re listening to. Composed in 1964, it sets a poem by Shostakovich’s young Russian contemporary, the poet Yevgeny Yevtushenko, which tells the story of a seventeenth century Cossak leader Stepan Razin who led a peasant rebellion against the Tsar and was subsequently executed. Musically, it’s a big and bad: loud; harsh; primitive-sounding; a strong element of Russian folk; a relentlessly pounding beat; and both the orchestra’s and the singers’ lines constituting an unstable smorgasbord of shrieks, thumps, slides and stabs. Plus, modern scholarship has suggested that Shostakovich wove his DSCH monogram into the score in cloaked form, meaning that even whilst it was taken at face value when it was first presented to the Russian public, we can’t completely rule out the possibility that there was a contemporary political subtext to the work too. The recording I’ve chosen for you is the one made in 1967 by the Moscow Philharmonic under Kiril Kondrashin.

Clearly after that we need something a little less thumpingly severe. So I’ve gone from obscure to core repertoire, and the recording debut of the Sinfonia Grange au Lac under Esa-Pekka Salonen with Beethoven’s Symphony No 3 “Eroica”. Next Serious Classical meets Hollywood for John Wilson’s glittering new recording of Korngold’s Symphony No 3. We then finish back where we began, i.e. with death, but this one is of the heavenly variety: Brahms’s Ein Deutsches Requiem, from the Swedish Radio Symphony Orchestra and Chorus under Daniel Harding. 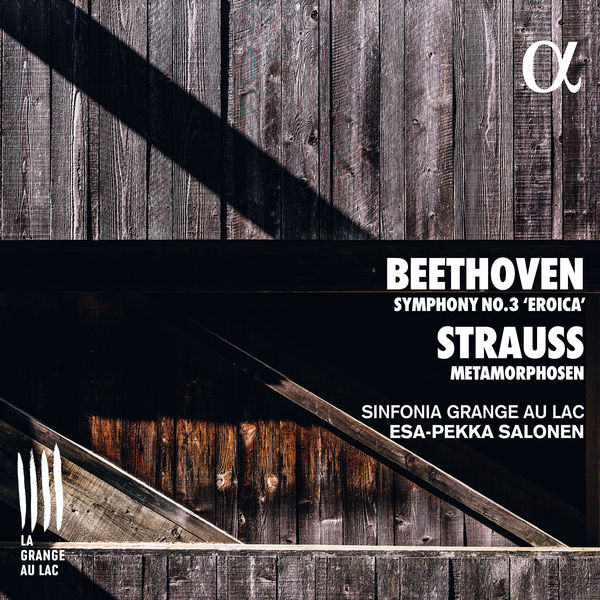 If you’re not fully immersed in the classical music world, and indeed also with an eye not just on your own nation’s classical scene but also the international one, then there’s every possibility that you will never have heard of the Sinfonia Grange au Lac. However it’s well worth getting acquainted with it, for this is the orchestra which forms each year for Switzerland’s prestigious Rencontres Musicales d’Evian (founded in 1985 by the great Russian cellist Mstislav Rostripovich and then revived in 2014), and its players are a heavyweight bunch: musicians from leading European orchestras in Amsterdam, Berlin, Frankfurt, Leipzig, London, Munich, Paris, Saltzburg, Valencia and Vienna, who have been handpicked by its equally heavyweight Finnish conductor, Esa-Pekka Salonen. Furthermore, they’re blessed with a permanent concert hall admired for its fine acoustics – La Grange, which despite its name is possibly the swankiest “barn” ever constructed: crafted almost entirely from wood in homage to Rostropovich and his cello (cedar and pine, with birch panelling behind the stage), with statement chandeliers, and a huge aluminum shell for a ceiling. This live recording of Strauss’s Metamorphosen and Beethoven’s “Eroica” Symphony No 3 is the orchestra’s first, and it’s a story throughout of classy, committed playing which makes these repertoire crowd-pleasers sound thoroughly fresh. I’ve given you the Beethoven. 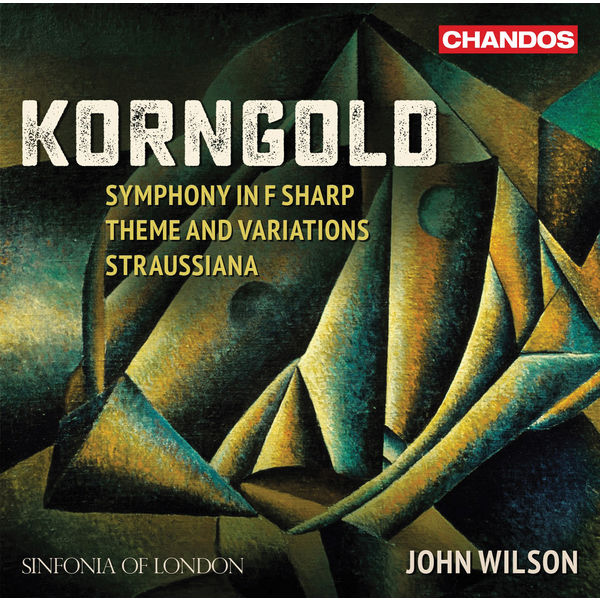 Korngold: Scherzo from Symphony in F sharp Major from John Wilson on Chandos

It’s a taken a bit of a while for artists to begin to thoroughly explore the concert music of Austro-Hungarian composer Eric Korngold, at least beyond the Violin Concerto he wrote for legendary twentieth century violinist Jascha Heifetz. The reason is in large part down to the fact that Korngold primarily made his name as one of Hollywood’s greatest film composers, which unfairly was a fast-track way to not be taken terribly seriously by the serious classical fraternity; and certainly much of his “serious” music does have a Hollywood-friendly element – dramatic, accessible even when sounding a bit more angular, a luminous quality to its romantic writing, and plenty of heroic quality. In fact my daughter when she was little once approvingly described the Violin Concerto as sounding like Disney. However, what’s wrong with crowd-pleasing music if it’s brilliantly written, with an absolute mastery over form? Furthermore, Korngold was probably the first composer to bring classical tricks of the trade into film music, such as attaching certain music to a certain character. As for this particular album, there couldn’t be a better person to bring Korngold’s concert music to life than John Wilson, lauded as he is both for his John Wilson Orchestra’s interpretations of film and Big Band music, and as Associate Guest Conductor of the BBC Scottish Symphony Orchestra; and he’s imparted all that prowess across light and classical music to the Sinfonia of London. On the menu are the Symphony in F sharp major, the Theme and Variations Op 42 and Straussiana. I’ve given you the Symphony’s second movement Scherzo here – a fabulously colourful movement which has more than a shade of Star Wars about it for those with an ear to hear it. Enjoy! 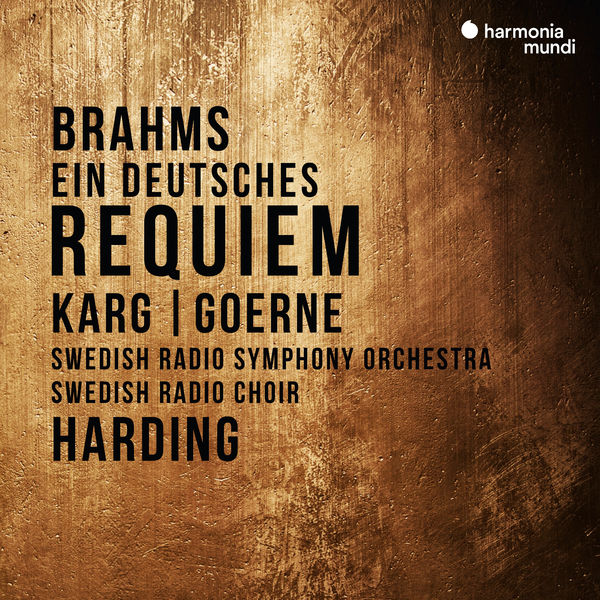 When it comes to requiems that keep to softly comforting music and dispense with the traditional hellfire-and-brimstone Dies Irae movement (that’s the one which warns of judgement beyond the grave), it’s Faure’s Requiem which pops first into people’s minds – a work so very serene and peaceful that it’s actually been dubbed his “lullaby of death”. However the requiem Brahms wrote just over twenty years earlier, inspired by the death of his mother and of his friend Robert Schumann, comes pretty close, because it likewise focusses on giving comfort to the living: talking about God’s eternity, and about how wonderful heaven is. Plus, to ensure that his audience knew exactly what they were hearing, Brahms unusually didn’t set words from the traditional Latin-language mass for the dead, but instead set words drawn straight from the Bible, and sung in German. Recorded in Stockholm’s Berwaldhallen, this reading from Daniel Harding and the Swedish Radio Symphony Orchestra and Choir is beautifully pitched, capturing all the music’s combination of glow and sobriety, and the soloists’ voices are equally a great fit for the repertoire: clear, light soprano tones from Christiane Karg, contrasted with Matthias Goerne’s creamy baritone. I’ve given you the first movement.

Not all tracks are were available on TIDAL at the time of publishing so please try our  QOBUZ PLAYLIST  for full listings.