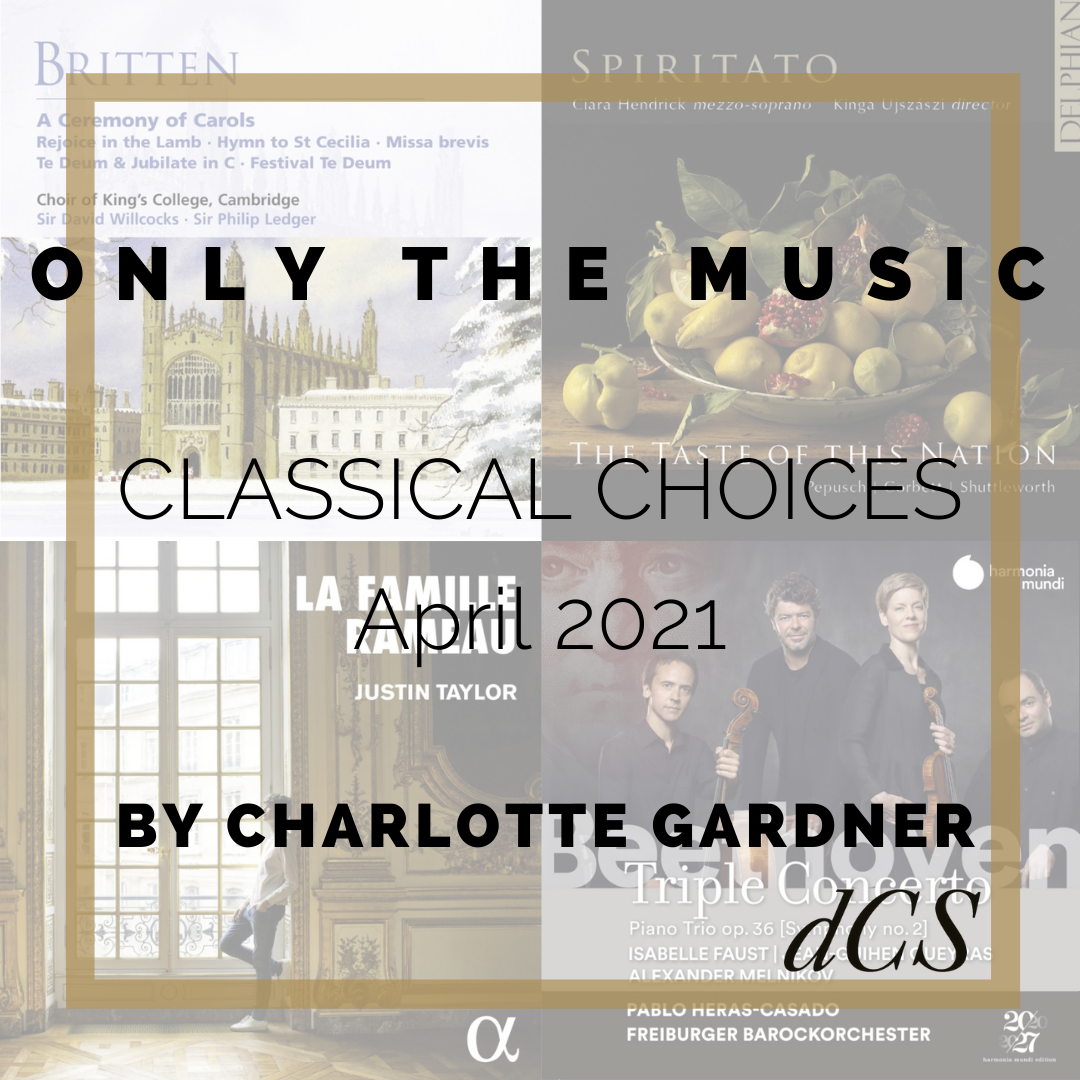 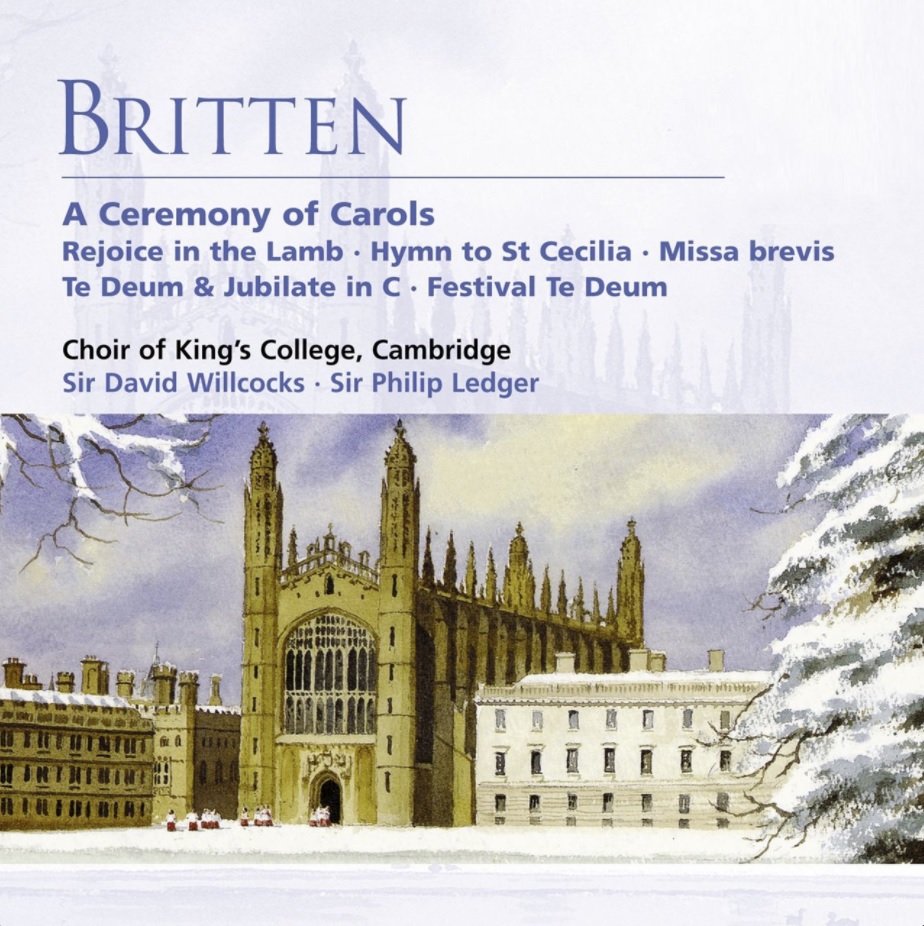 I think I wasn’t the only person who was incredibly struck by the music from HRH Prince Philip, the Duke of Edinburgh’s funeral service, both for the sheer quality of the performances and also for the insight into the Duke’s musical tastes. I’m ashamed to say I had no idea he had such a keen interest in music, or that it was him who commissioned Britten’s much-loved and performed canticle in 1961. It seems he liked its sparse textures and breezy buoyancy very much, given that he chose it not just for his funeral, but also for his 80th and 90th birthday services. For this month’s playlist, I’ve chosen the Choir of King’s College Cambridge, led by Sir Philip Ledger. 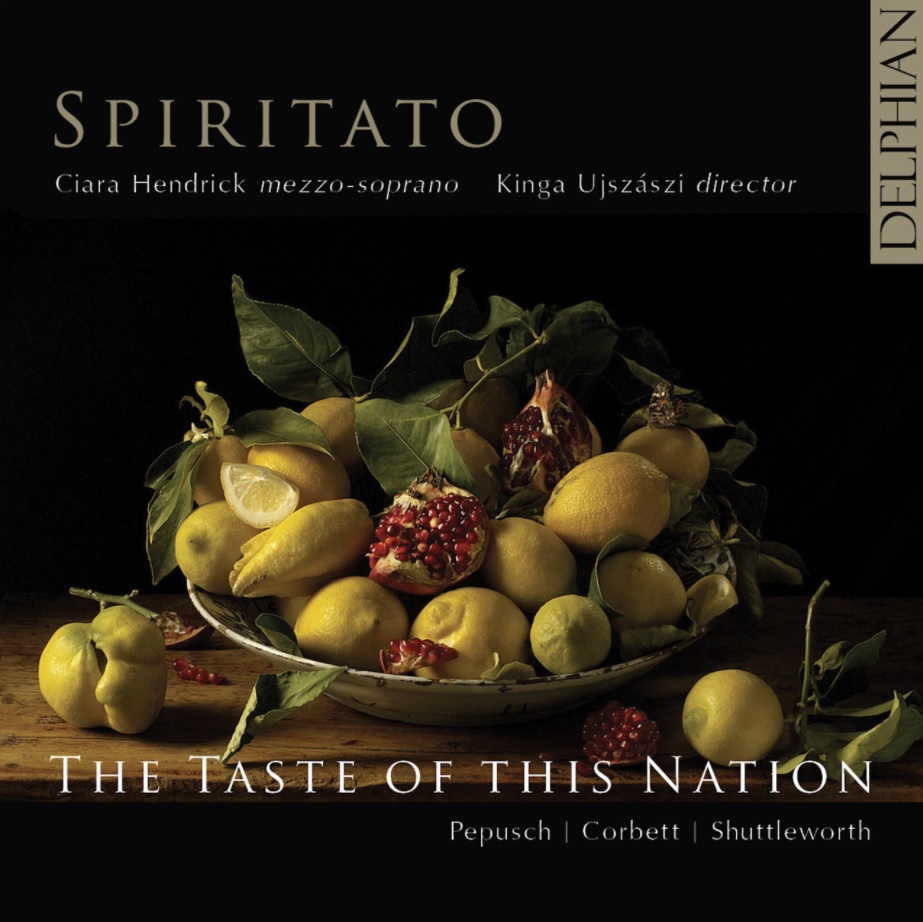 The Taste of this Nation – Ciara Hendrick, Spiritato/Kinga Ujszászi on Delphian

Period ensemble Spiritato’s debut on Delphian is a celebration of early 18th century London’s cosmopolitan musical personality and, in particular, the success of Italian styles – everything which attracted Handel in the early 1710s, determined to make his own mark as a composer of Italian opera. Spiritato’s brilliantly varied programme is a roll call of non-Italians nailing the Italianate style that Londoners couldn’t get enough of: British composer Obadiah Shuttleworth’s concerti grossi reimaginings of Corelli’s popular violin sonatas; his fellow Brit William Corbett’s vibrant ‘Bizarre Universali’ concertos, plus a softly elegant Sonata for trumpet and oboe full of contrapuntal interplay – all drawing on Corbett’s extensive connections – as well as four vocal cantatas full of subtle theatrical flair from Prussian immigrant Johann Christoph Pepusch.

It’s all performed with tremendously elegant flair, and the fact that it’s essentially been programmed in shuffle mode – composers and forms jumbled up, meaning each work sits in delicate contrast with its neighbours – adds to the pleasure. I’ve given you Pepusch’s Chloe first, where mezzo Ciara Hendrick’s supple, bright, pure-toned voice provides the perfect match for the vocal line’s blend of short English-style recitative and Italianate arioso, with Spiritato under Kinga Ujszászi weaving responsively in and out of her lines with a lovely combination of airy, lilting charm and crisp, zesty warmth. Following the Pepusch is Corbett’s aforementioned oboe and trumpet sonata where, beyond the overall grace and delectable blending on display from oboist Oonagh Lee and trumpeter William Russell, it’s also worth training your ears on the continuo section’s lithe, nimble grace. 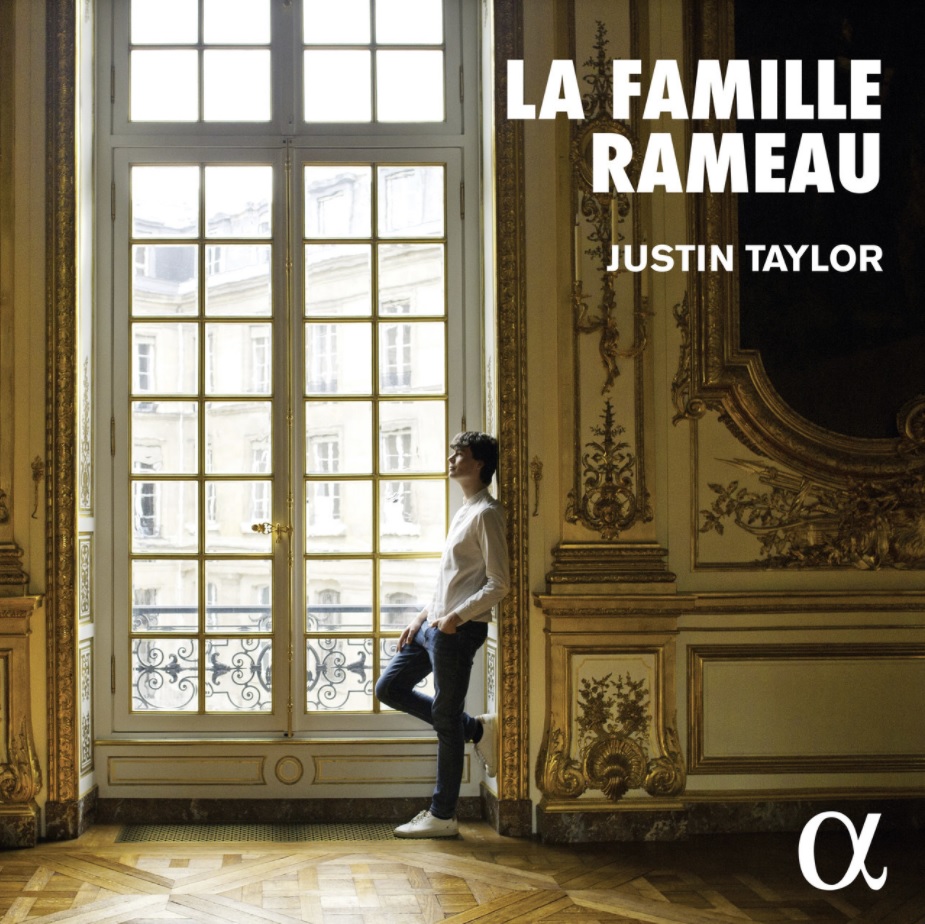 Mention the name Rameau, and the assumption will be that it’s Jean-Philippe (1683-1764) you’re talking about. However, as with the Bach family, the musical Rameaux didn’t end with the superstar figure, as this fascinating, multi-hued and stylishly performed programme from young French-American harpsichordist Justin Taylor engagingly demonstrates.

It’s probably fair to say that the wider Rameau crowd are a less lofty bunch than the Bachs, but Taylor has used them well, making Jean-Philippe’s own original and adventurous works the centrepiece, around which he then carefully dots cherry-picked examples of the best of the rest. Prepare to meet Jean-Philippe’s son Claude-Francois (b.1727) via a merrily skipping gigue; his organist brother Claude (b.1689) via a pastoral Menuet barosais taken from a cantata titled ‘The Drinker Turned Amorous’ and, finally, his nephew Lazare (b.1757) via a delicately sparkling Rondo taken from the Sonata No 1, which is itself a special pleasure for the way it brings us firmly into the Classical style, Lazare being an exact contemporary of Mozart.

The tour doesn’t stop there. Taylor also treats us to a couple of Rameau homages. First, Jean-Francois Tapray’s 1770 borrowing of one of Jean-Philippe’s catchiest and most popular pieces, Les Sauvages. Then, while all the above is performed on the brightly sonorous, full-toned c. 1733 harpsichord at the Château d’Assas, Taylor’s masterstroke parting shot is Debussy’s 1905 Hommage à Rameau from Images Book 1, which he performs on an 1891 Érard piano. While this inevitably comes with an audible switch from one recording location to another, accentuated further by slightly less up-close capturing of the piano, it’s by no means jarring – it’s more just a final present, dropping you into an alternative world while simultaneously inviting you to imagine yourself back to the Gavotte and Doubles by Jean-Philippe himself.

For this month’s playlist, I’ve given you those closing tracks, moving from Jean-Philippe’s Sarabande in A and the Gavotte et doubles (from Nouvelles Suites de Pièces de Clavecin) to the Debussy. 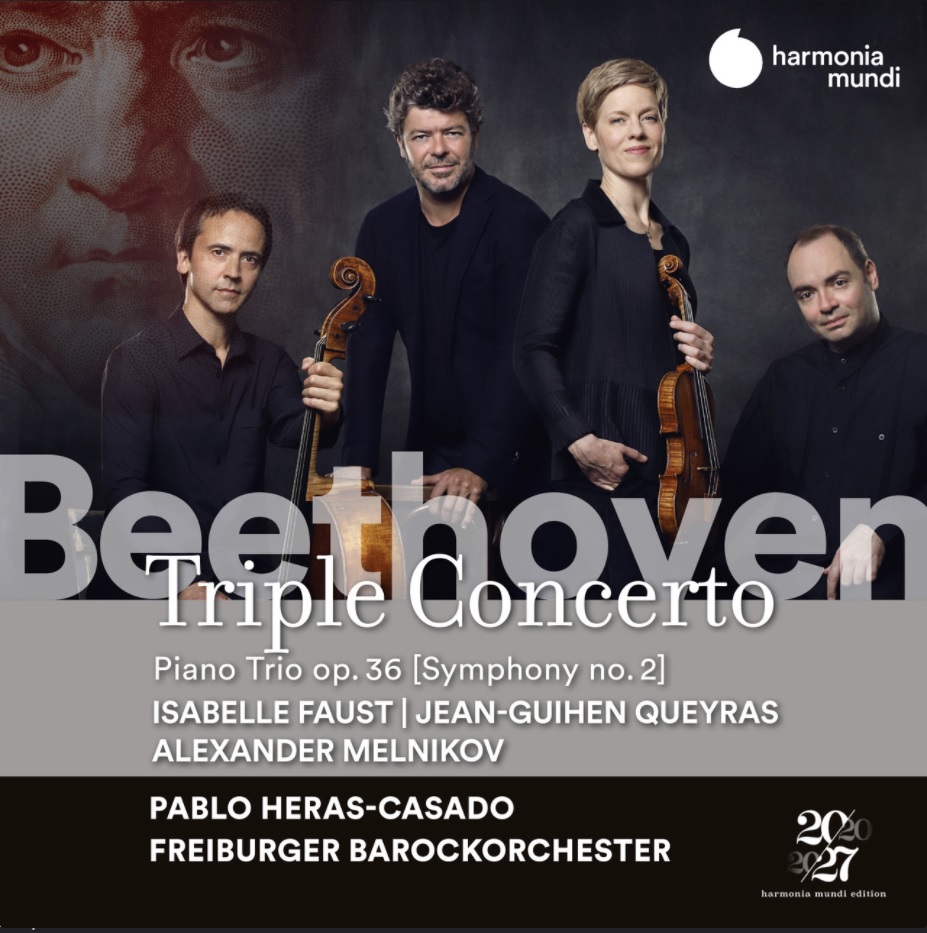 Beethoven’s Triple Concerto has never fared quite as well as his solo concertos or symphonies in the popularity stakes. Perhaps because, if you end up with three major soloists who are determined to act as soloists, rather than adopting a mutually deferential piano trio mentality, the resultant battle for supremacy can sound not just exhausting but actually plain and clunkily unmusical. Fortunately, that was never likely to be an issue with violinist Isabelle Faust, cellist Jean-Guihen Queyras and pianist Alexander Melnikov, longstanding chamber partners as they are. For this release, they’re reunited with the Freiburger Barockorchester under Pablo Heras-Casado, with whom they recorded their recent acclaimed trilogy devoted to the concertos and trios of Schumann.

This latest recording is every bit as good as it should be. Before we even start on the playing, the period instruments themselves sound wonderful: the soft, tactile, multi-coloured tone of the gut strings from Faust, Queyras and the orchestra; Melnikov’s c.1815 ‘Langrassa’ Viennese school fortepiano and of course, the extra rasp, punch and pop of the orchestra’s period brass and woodwind. Add to that the inevitable chamber magic between three soloists lovingly and often merrily in each other’s musical pockets, the attentive, balanced partnering and joyously committed playing from the orchestra themselves, the right-feeling tempi and transitions, and the range and sophistication of the dynamic and colouristic detail from absolutely everyone, and it’s truly hard to see how anything could have been improved upon.

Following the concerto is a piano trio arrangement of Symphony No 2, penned just two years after the symphony’s initial 1804 publication, probably by Ferdinand Ries and then approved by Beethoven – a delicious listening window into the 19th century world in which most people would have had their first taster of a famous new symphonic work not via an orchestra, but via a chamber reduction, and an even more brilliantly worthwhile addition to the recording catalogue here for Faust, Queyras’s and Melnikov’s sparkily engrossing reading. While I’ve given you the concerto for the playlist, you’ll certainly want to explore the ‘symphony’ for yourself.