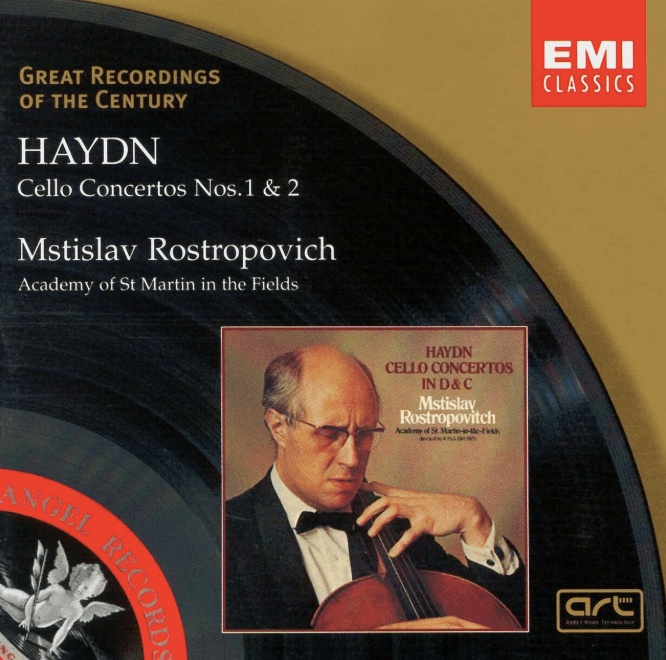 Having begun March’s Only the Music with a major living conductor’s ninetieth birthday, I’m going to devote this month’s classic recording to the great cellist Mstislav Rostropovich, who would have turned ninety two last month had he not died in 2007. Born in Baku, Azerbaijhan, in 1927, Rostropovich had a profound impact on the musical world over the second half of the twentieth century. Cellists can thank him for being the person for whom Shostakovich wrote both his cello concertos, as for whom Benjamin Britten wrote cello masterpieces including the three solo cello Suites. His teaching legacy has also been profound, and is still within touching distance today through major pupils of his such as Mischa Maisky and Frans Helmerson. So whilst ninety two may not be a notable anniversary, his birthday nevertheless saw social media awash with tributes to him. Plus, he holds a special corner in my own heart for being the musician who first woke me up to the riches to be found amongst the “classic” recordings of the past, via his 1975 Abbey Road recording for EMI of Haydn’s Cello Concerto No 1 in C major, directing the Academy of St Martin in the Fields from his cello. I was 21 at the time, the disc was a spare one which had been slipped onto my desk at Radio 3, and I’ll never forget the moment, sitting there with my headphones on, when Rostropovich made his first entry. That shining, singing tone… I was transfixed, and almost twenty years later I still instantly melt when I hear it.

Moving onto this month’s new releases, cellist BBC New Generation Artist Anastasia Kobekina’s first orchestral recording; then more Haydn but this time Easter-themed, with The Seven Last Words of Christ on the Cross from Ensemble Resonanz under Riccardo Minasi. 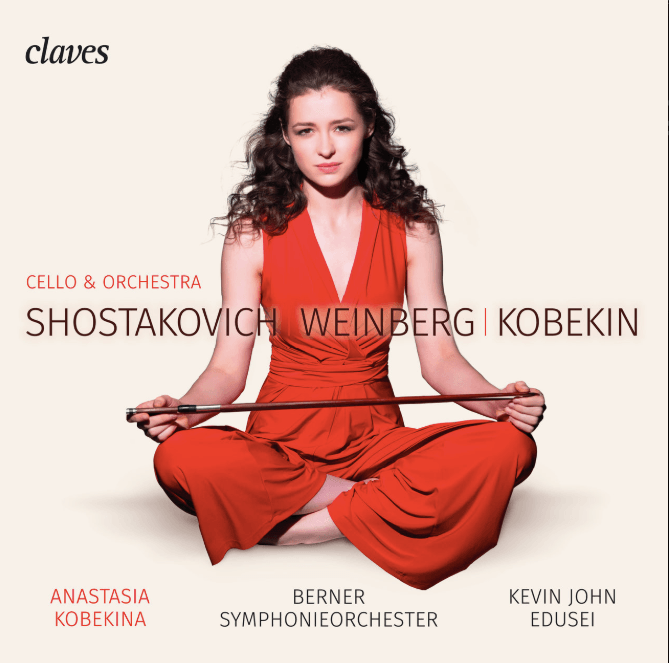 The Russian cellist Anastasia Kobekina isn’t yet a well-known name in the UK, but that’s set to change fast. Firstly because last autumn she joined the BBC New Generation Artist scheme, meaning that increasingly she’ll be popping up on BBC Radio 3 airwaves and upon stages around the country. Secondly because this first major release and first orchestral recording of hers is already turning heads. Gifted to her by the Swiss festival Sommets Musicaux de Gstaad for winning their annual young artists competition, the album is a beguiling and powerful celebration of three generations of the Soviet-Russian school of composition, featuring Dimitri Shostakovich’s Cello Concerto No 1, Mieczyslaw Weinberg’s Fantasy for Cello and Orchestra, and the Bacchants for Cello and Orchestra by Kobekina’s own father, Vladimir Kobekin. Kobekina has made each and every one of these works her own; in fact never have I heard a more lyrical and ravishing-toned reading of the Shostakovich. However it’s Weinberg’s more pastoral 1956 work on this playlist, and I defy anyone not to be instantly seduced. 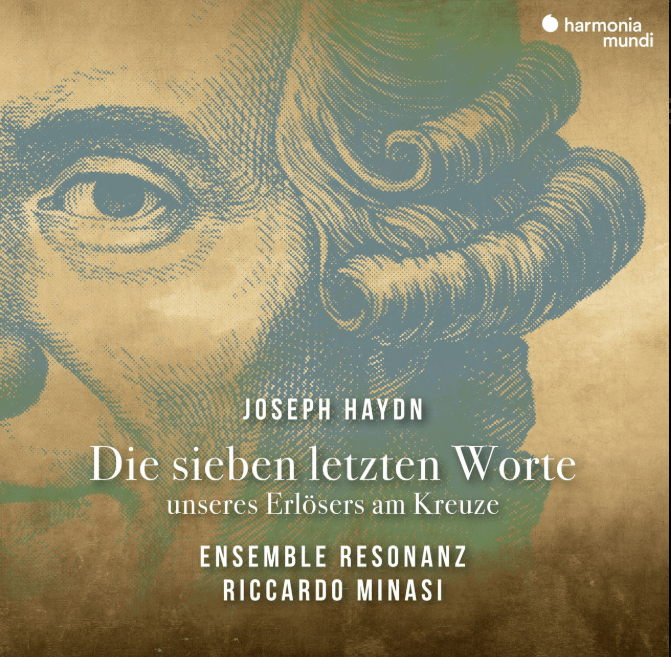 Commissioned in 1786 for the Good Friday service at the Oratorio de la Santa Cueva in Cadiz, Haydn’s Seven Last Words of the Cross of Christ is an orchestral work composed to a very unique brief: seven contemplative slow movements to be played as the bishop prostrated himself at the alter in between seven mini-sermons on the seven last words uttered by Jesus on the cross. To these Haydn also added an introduction and a short climactic movement depicting the earthquake following the crucifixion, and when you factor in that this was all played out with black cloth covering the church’s windows, walls and pillars, the premiere must have been powerful stuff. On to this recording of it from Hamburg-based chamber orchestra Ensemble Resonanz under Riccardo Minasi, and this is the latest installment of an exploration of Eighteenth Century orchestral music which last year won them a Diapason d’Or for their cello concertos and symphonies of CPE Bach. Plus, interestingly, what sets these period-aware performances apart is the fact that, whilst the ensemble can and do use period-appropriate gut strings, for this series they’ve instead taken up the challenge of performing on modern metal strings, and the highly-charged results are proof that there’s more to sounding “period” than going authentic with your instruments. This playlist features the movement depicting the third words, “Behold your son, behold your mother”, when Jesus entrusts his mother Mary to the protection of the disciple he loved: one of the more serene moments, which beautifully showcases the rhetorical skills at play across the album. We then zip ahead to the climactic final earthquake, where the group’s virtuosity is on full display.