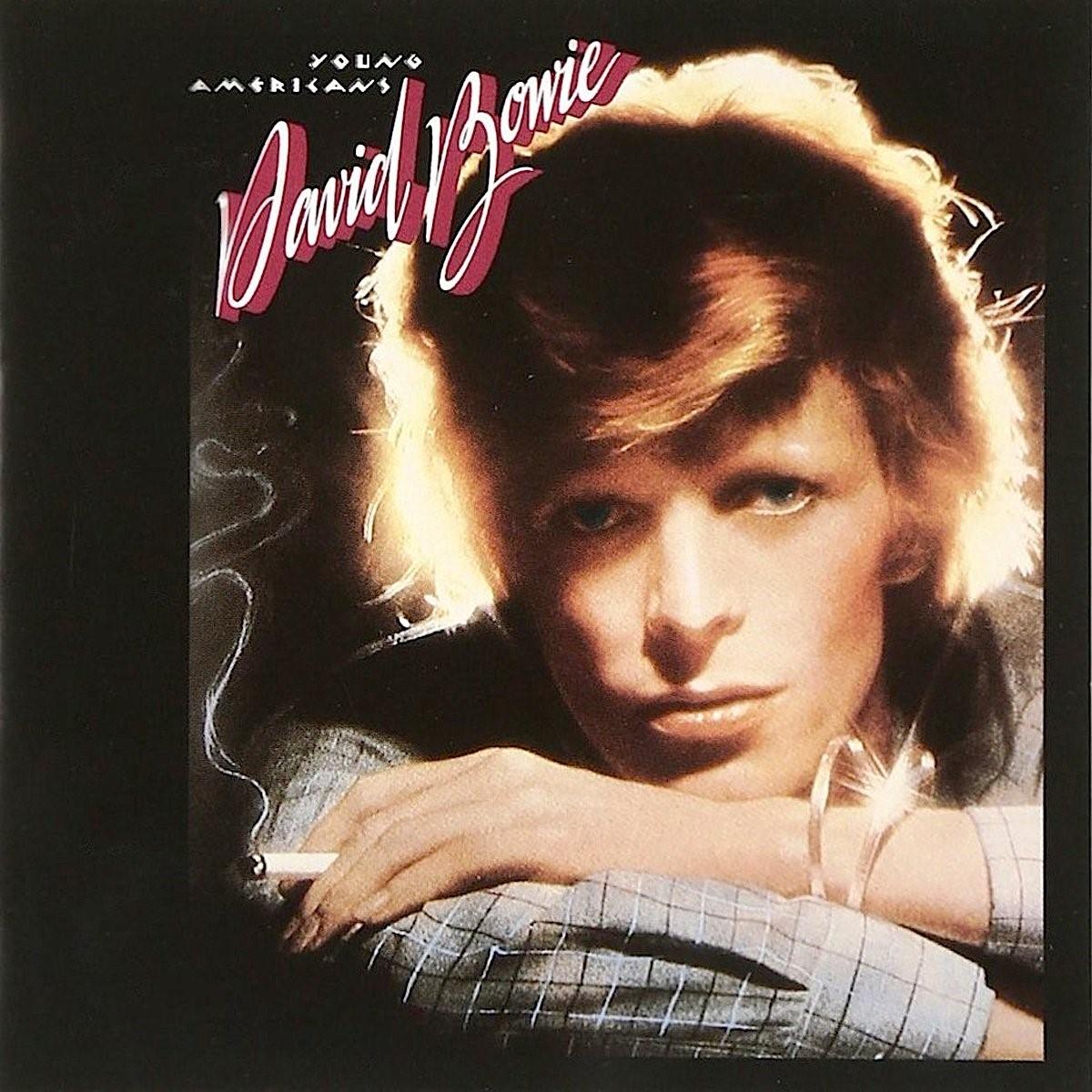 Taking a break from the Diamond Dogs tour in summer 1974, the ‘Thin White Duke’ decamped to Sigma Sound Studios in Philadelphia, to record one of the most important albums of his career – and something that went on to influence many huge-selling artists of the nineteen eighties, from Spandau Ballet to Simply Red.

By the time of Young Americans, David Bowie had already abandoned his Major Tom and Ziggy Stardust personas, and was busy forging a new sound immersed in Philadelphia soul. His last two albums had hinted at what was to come, but it wasn’t until he brought his new band together at Sigma Sound that he finally realised his vision…

On saxophone was jazz legend David Sanborn, and on drums was Andy Newmark of Sly and the Family Stone. Willy Weeks performed bass guitar duties and Mike Garson played piano. Carlos Alomar contributed a huge amount, being responsible for the scratchy, funky guitar work – and he joined a stellar cast of other musicians including John Lennon and Earl Slick. The result was what Bowie called ‘plastic soul’, the strange sound of a distinctly English vocalist mixing it with some of America’s best funk and R&B players. “It’s the squashed remains of ethnic music as it survives in the age of Muzak rock, written and sung by a white limey”, he said.

Produced by his friend and long-time collaborator Tony Visconti, mostly in Philadelphia, the album has a beautifully supple and organic feel, with most songs being continuous takes. Indeed he remarked that, “it’s about eighty-five percent live”, with the title track taking just two days to record. For a mid-nineteen seventies recording, the album sounds excellent even today. Through a high calibre digital front end it sounds clean but earthy with a pleasingly natural timbre. The music’s spontaneity shines through, unsullied by the minimalist recording process.

Young Americans is recognisably Bowie, but distinctly different to both what came before and after this record was released. The sweet, lilting, sinuous musical backdrop to the songs is a bold contrast to his crisp and distinctive vocal style, yet somehow it works. His Lennon collaborations deliver the album’s highest and lowest points; Bowie struggles to make sense of Across the Universe, and you’re left wondering why he attempted it. Fame, with Lennon guesting, is on the other hand one of the best songs of the mid seventies.

Along with this and the title track, another highlight is Somebody Up There Likes Me, which was also the original title of the album. It delivers a stinging critique of the media – at that time, the pencil-thin, orange-haired, drug-addled Bowie lacked sure-footedness in presenting himself to the press. He sings, “there was a time when we judged a man by what he had done, now we pick them off the screen… what they look like, where they’ve been…”

This ninth studio album is fine mid-period Bowie, but wasn’t his best seller by far –Fame rightly hit the top spot in the singles charts, though. The 2007 remaster of the album sounds great, but the Japanese SHM-CD (EMI TOCP-95048) from 2009 is the collector’s choice.