Music / Album of the Month / Chick Corea – Return to Forever 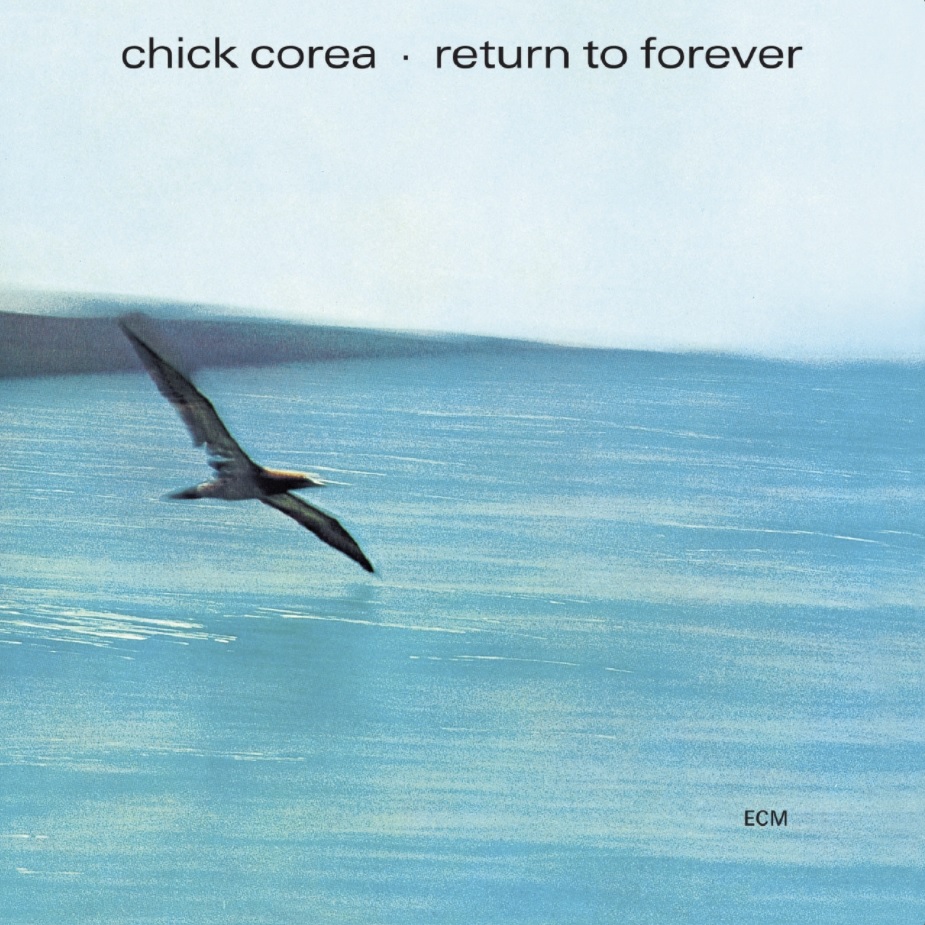 In 1969, Manfred Eicher founded Edition of Contemporary Music Records (ECM) in Munich, Germany. This new label went on to release some of the most interesting and innovative new jazz of the next few decades. One of its early releases was Return to Forever, by a young and hugely talented jazz pianist called Armando Anthony ‘Chick’ Corea. Chick was in distinguished company, as some of the most stellar talents of the jazz fusion genre went on to share the label with him – from Keith Jarrett and Pat Metheny to Charlie Haden and Dave Liebman.

Return to Forever was released in September 1972, and recorded in A&R Studios, New York City in February of that year. Eicher was responsible for producing what has gone on to become an important point in the history of the ECM label, so-called electric jazz and of Corea himself. The album – which shares a name with Corea’s band – is a fascinating window into what was then a fast-developing and exciting avant garde scene.

In 1964, the young Corea had played for trumpeter Blue Mitchell, laying down tracks for the legendary Blue Note label where he met rising piano legends McCoy Tyner, Bill Evans and Herbie Hancock. There’s a chasm between the rich, acoustic warmth of his early work and the crisp, melodic and lively sound of this album, which is dominated by Corea’s Fender Rhodes electric piano. It features ethereal backing vocals by Flora Purim and fast-paced, almost rock-style drumming from Airto Moreira. Stanley Clarke’s virtuoso electric bass guitar makes a huge impact too, pushing the music along with gusto, while Joe Farrell’s flute and soprano sax bring occasional shades of early progressive rock.

By the time of this album’s release, the 30-year-old Corea was approaching the peak of his musical abilities. He’d already been part of Miles Davis’s band – which was breaking new ground by fusing jazz and rock – and played on the latter’s seminal Bitches Brew (1970), Jack Johnson (1971) and On the Corner (1972) before going solo. This album was the first of several Return to Forever line-ups, all of which understandably had Stanley Clarke on bass.

Later incarnations were titled more towards rock, whereas this is an interesting hybrid of electric jazz with touches of progressive rock and Latin. In its own quirky way, it’s a beautiful album, and one of the compositions, Crystal Silence, is now considered a jazz standard.

Such was the speed of Corea’s musical evolution that by the end of the 1970s, he was on stage with Herbie Hancock playing classical pieces by Bartók. “I have always just concentrated on having the most fun I can with the adventure of music”, he later explained. Chick Corea sadly passed away on February 9, 20201, leaving an amazing back catalogue of music – of which Return to Forever is a key part.

It will come as no surprise to jazz fans to hear that the first CD copy of this album was first released in Japan (Polydor 3112-8) in 1984. A SACD reissue appeared in 2017 (ECM Records PROZ-1088). Those wishing to obtain a more affordable version should seek out the 2010 German imprint (ECM 1022 ST).