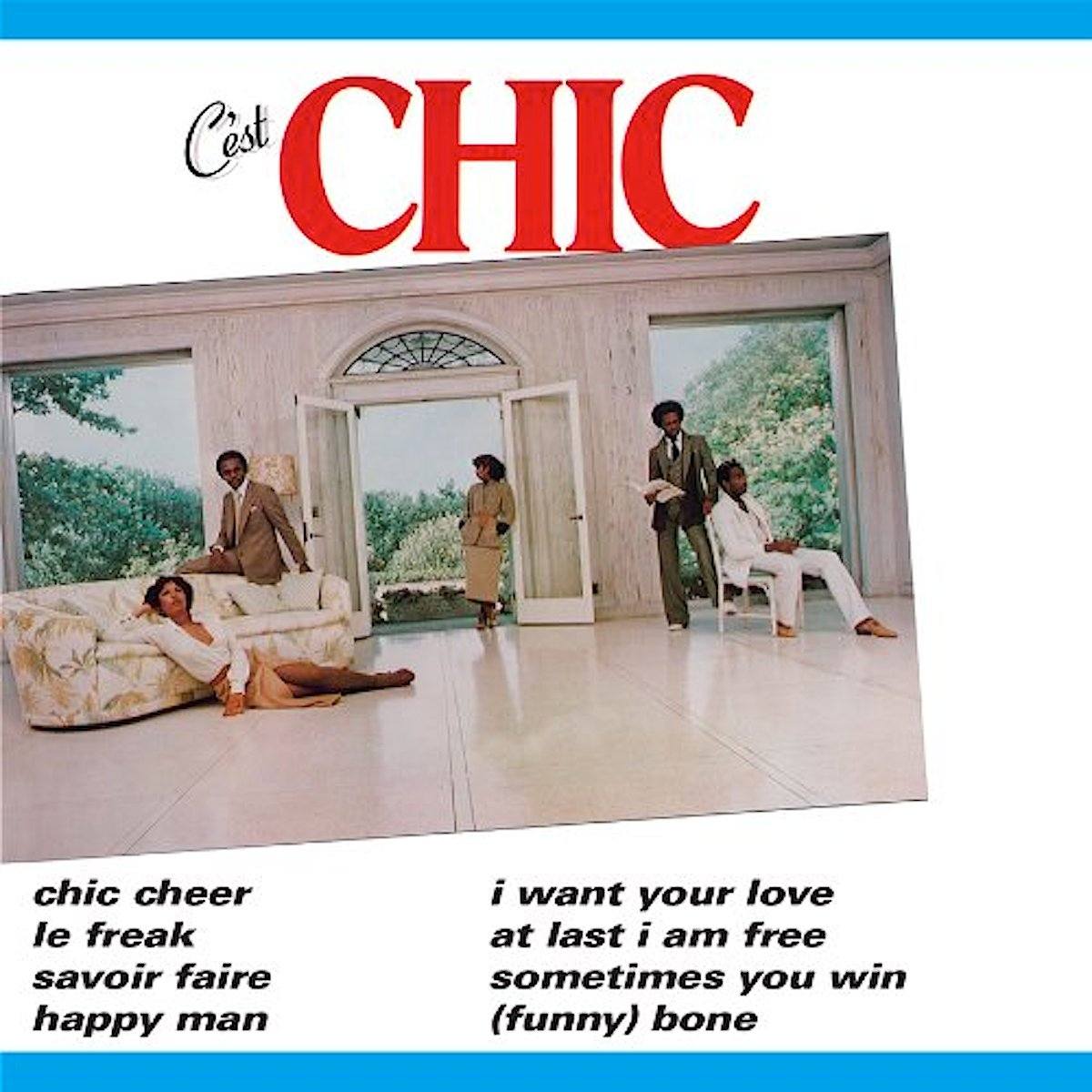 The disco era is rightly derided for its outlandish kitsch, yet it delivered a rich seam of pop music throughout the nineteen seventies. It took the classic Motown soul tradition, mixed in funk and added solid, four-on-the-floor rock rhythms to create a sound that transformed the latter half of that decade. Although much of it was of little artistic merit, some great albums came from that era – and Chic’s C’est Chic was surely the genre’s finest moment. Formed in 1976 by guitarist Nile Rodgers and bassist Bernard Edwards, the band delivered a torrent of soaring dance floor anthems that captured the spirit of the age.

Rogers and Edwards were virtuoso musicians at the very top of their game, crafting a highly sophisticated sound that was as close to technical perfection as it was possible to get, back in the days before sequencers and drum machines took hold. Hits like Dance, Dance, Dance (Yowsah, Yowsah, Yowsah) (1977), Everybody Dance (1977), Le Freak (1978), I Want Your Love (1978), Good Times (1979) and My Forbidden Lover (1979), showed their breathtaking technical prowess. The music sounded so tight, yet there was a synergy between the two men that made it more than the sum of the parts. Indeed, Rodgers and Edwards became prolific session musicians and producers too, writing and playing for everyone from Sister Sledge, Diana Ross and David Bowie to Duran Duran, Madonna and latterly Daft Punk.

Steeped in the nineteen seventies New York club scene, they moved from session work with Walter Murphy to being the greatest disco band in the world in the space of just eighteen months. The band borrowed its concept from British avant-gardists Roxy Music; like them they would be immaculately dressed and their artwork would denote an escapist, luxurious world. Chic’s eponymous debut album released in 1977 won many friends, but it wasn’t until 1978’s C’est Chic that the band got into top gear. Le Freak was its smash hit single, and became an anthem for the disco era, selling an amazing six million copies. Released on August 11, 1978, it featured a welter of musicians including Tony Thompson, who contributed the superlative drum work, Robert Sabino for clavinet, acoustic piano and electric piano and Raymond Jones on Fender Rhodes. Marianne Carroll, Cheryl Hong and Karen Milne provided the soaring strings, and there was a superb brass section too.

Aside from Freak Out and I Want Your Love, the album has no other hits but is still a work of beauty from start to finish. The lyrics are sometimes plaintive yet never attempt to be deep and meaningful; instead the lushly orchestrated melodies do the talking. The result is uplifting to listen to from start to finish, with a uniquely rich and vintage sound. Recorded to a very high standard at the Power Station, N.Y., with Bob Clearmountain engineering, C’est Chic is treat for any self-respecting high end hi-fi system. The standard CD pressing sounds good, the Japanese HDCD [Atlantic AMCY-2725] even more so, but the widescreen hi-res FLAC version of 2014 is best of all.