Caravan – In the Land of Grey and Pink 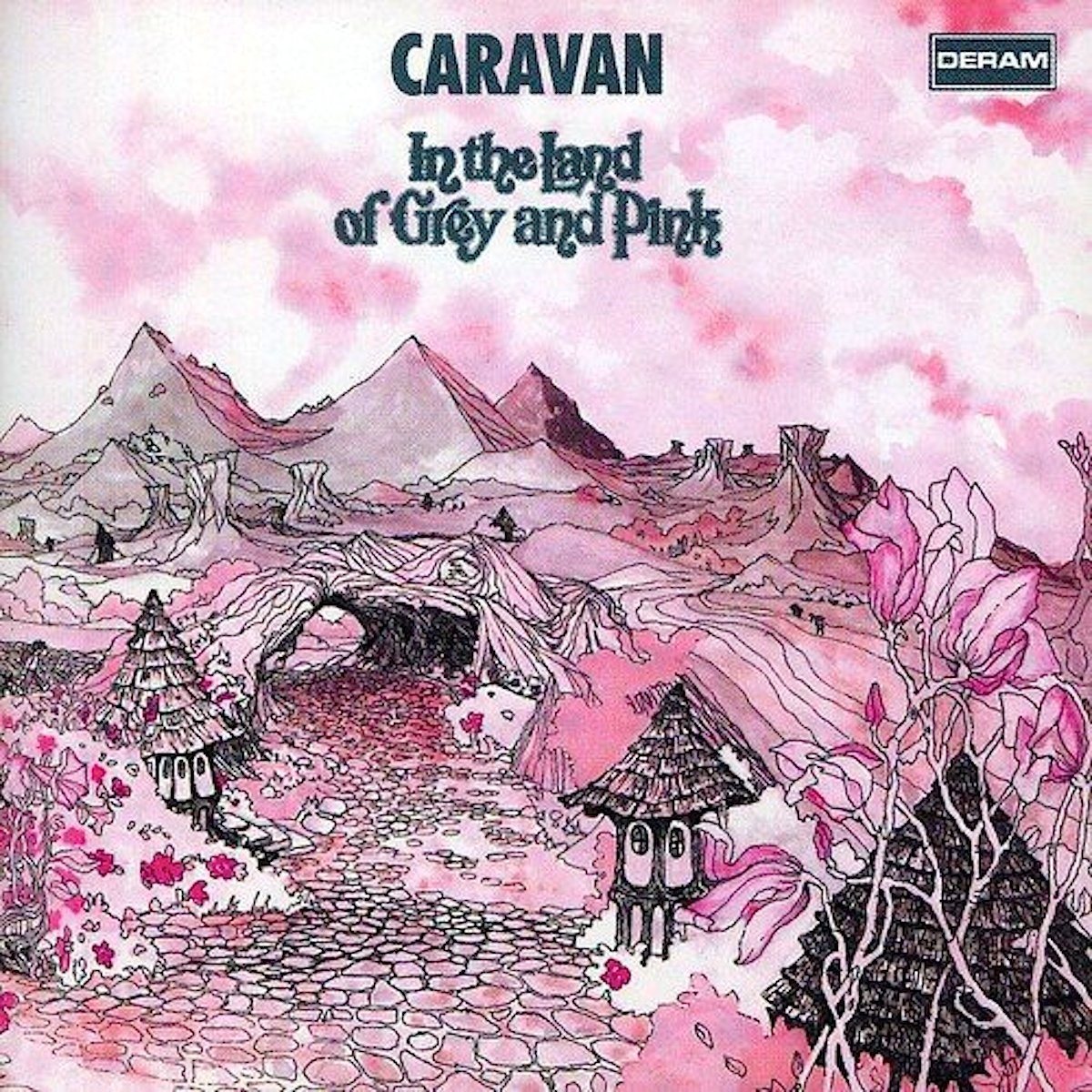 There’s no mistaking the period from which this classic album hails from – it’s just as much of its time as The Sex Pistols’ debut long player was of its, some six years later. Released on the 8th April, 1971, it proved the high watermark of the Canterbury folk-rock scene, and the last album from the original Caravan line-up of Pye Hastings (electric guitars, acoustic guitar, lead vocals), David Sinclair (organ, piano, vocals), Richard Sinclair (bass, acoustic guitar, vocals), and Richard Coughlan (drums). Three months later, David Sinclair left to form Matching Mole with Soft Machine drummer and vocalist Robert Wyatt, and things were never the same again.

An eclectic blend of folk, rock and jazz, there’s a touch of Traffic and Family with slight shades of The Kinks too – but in truth In The Land of Grey and Pink sounds quite unique. The album title came from Richard Sinclair’s name for the band’s home county of Kent. Lead singer Pye Hastings – who’s the only remaining member of the original line-up today – has a distinctively relaxed, creamy voice which counterpoints with the fast, tight and ultra-syncopated playing from the rest of the band. His brother Jimmy was brought in to play flute, tenor sax and piccolo just for this album, and it brings a richer texture to the already lavish feel.

Complementing its rather Tolkeinesque artwork, the album’s lyrics have splashes of mysticism and magic to them – reflecting the psychedelic tastes of the time – and also a kind of fading pastoral Englishness. Nine Feet Underground dominates things, taking up all of side two of the original LP release. Twenty two minutes long, Dave Sinclair’s magnum opus is a series of five different musical themes with link pieces, and shows the band’s brilliantly dextrous playing to great effect. Hastings’ Love To Love You was the album’s only single, backed off with Richard Sinclair’s whimsical Golf Girl. All songs on the album are infectious and full of melodic hooks – delivered with great gusto.

Recorded at both Decca Studios and AIR Studios in London, production values are high. Many albums of this period sound murky or thin, but producer David Hitchcock made it big and bold with a wonderful clarity even by today’s standards. Despite the obvious quality of the music, In the Land of Grey and Pink did not chart – something that the band blamed on their label Decca. Pye Hastings was in no doubt of its virtue, remarking that this was when “the band began to peak.” Since its release it has received much critical acclaim, and has continued to sell ever since, never having been deleted. Many critics regard it as the quintessential “Canterbury scene” album.

The first Compact Disc release was back in 1989, and three more versions followed in 2001 and 2011. The final 40th Anniversary Deluxe Edition [Deram 533 316-1] is the one to go for, with a number of additional tracks and a vibrant, expansive digital remaster thanks to Porcupine Tree’s Steven Wilson. The Japanese SHM CD [Deram UICY-94328] is also worth having as the ultimate original mastering of this seminal Prog classic.