Music / Album of the Month / Beach Boys – Surf’s Up 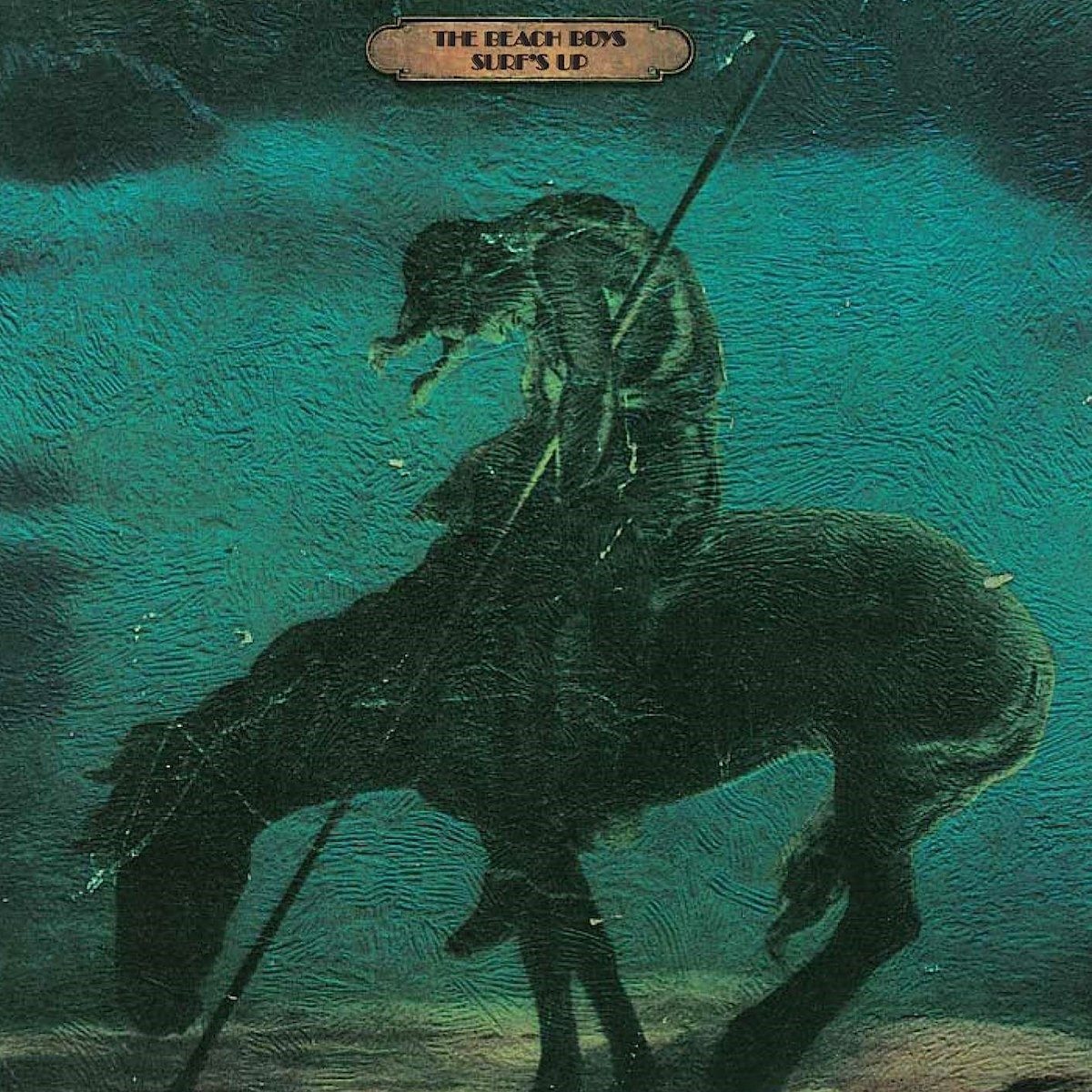 From the release of Surfin’ Safari in 1962, brothers Brian, Dennis and Carl Wilson, cousin Mike Love and friend Al Jardine had a mercurial relationship – their feuds, ‘artistic differences’ and quarrels are well known. These happened against the backdrop of great cultural change in the United States, and the infighting was made worse by the band’s stellar success. They struggled to come to terms with a world that no longer wanted songs about cars and girls.

By the time Surf’s Up was released in 1971, they had already enjoyed two periods of huge popularity. The first came out of the Californian surf culture of the early nineteen sixties, which they captured brilliantly and broadcast to an adoring world. The second was thanks to 1966’s Pet Sounds album, a magnum opus that put the band on the map as a serious creative force in its own right, able to break bread with The Beatles and The Stones.

Surf’s Up was the Beach Boys’ seventh studio album, and met with mixed critical acclaim. It lacked the cohesion of Pet Sounds, and saw the band moving rather awkwardly towards the counter-culture that was engulfing American youth. This new generation of long-haired, flared trouser-wearing kids didn’t want three minute love songs anymore. Reaching number 29 in America’s Billboard charts (15 in the UK), it self-consciously proclaimed the end of the band’s beach living days. The title was taken from the song of the same name by Brian Wilson and Van Dyke Parks, penned five years earlier.

It was heavily influenced by Jack Rieley, the band’s new media-savvy manager who was determined to reinvent them as serious purveyors of contemporary rock. He demanded that the song Surf’s Up be completed properly, and suggested touring with The Grateful Dead to get them in front of a more intellectual audience. The result was an album that lacked the all-of-a-piece feel of Pet Sounds, but had flashes of brilliance nonetheless…

Rather like The Beatles’ Abbey Road, it was a collage of music from various band members. Carl Wilson contributed the psychedelic, atmospheric Feel Flows. Mike Love and Al Jardine provided Student Demonstration Time (a rework of Riot In Cell Block #9) and Don’t Go Near the Water, an ironic pastiche of earlier days. Bruce Johnson’s beautiful ballad Disney Girls (1957) added depth and Brian Wilson penned the moody A Day in the Life of Tree. However, it’s the last two songs that lift this album to greatness – Wilson’s ’Til I Die is a tender, moody reflection on the transience of life set to a drum machine with delightful harmonies over an electric organ. Surf’s Up shows Wilson as a composer at his audacious best, with Van Dyke Parks’ lyrics lovingly set to music.

Originally mixed in matrix quadraphonic, you would never call Surf’s Up an audiophile recording. Recorded at four different locations, it has a patchy and sometimes muddy sound. However, a serious digital front end really lifts the 2012 CD remaster (Capitol Records 50999 404439 28), and Analogue Productions will release an SACD later this year with both 2.0 and 5.1 mixes. This should be the definitive version of one of this seminal band’s greatest albums.