Music / Album of the Month / Be Bop Deluxe – Modern Music 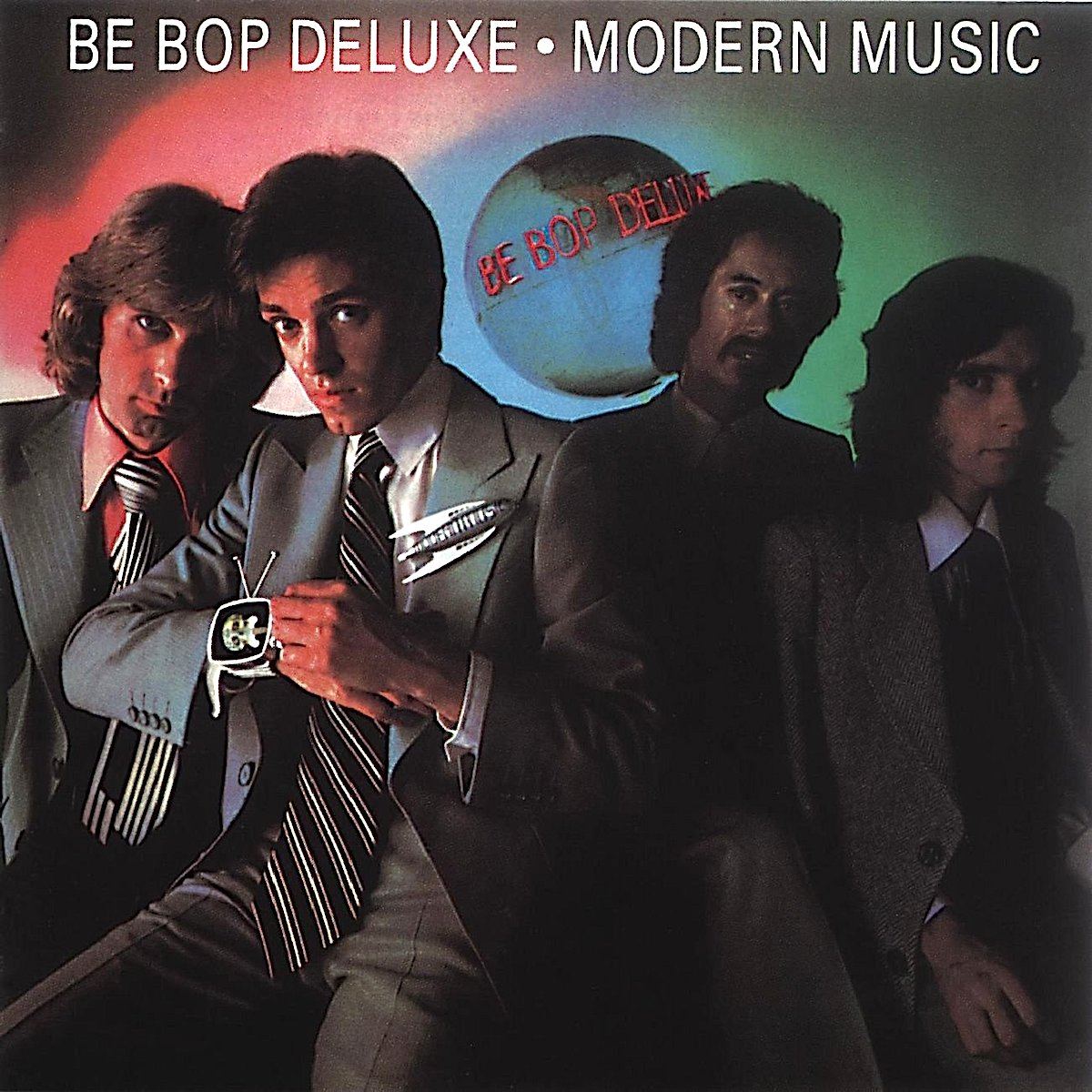 Some artists achieve stratospheric commercial success without ever playing an original note or penning an interesting lyric in their lives. Others are the exact opposite – making beautiful, challenging and distinctive music, while the world slowly passes them by. All they can achieve is critical recognition, cited as influences on other bands that people have actually heard of…

Such was the fate that befell Be Bop Deluxe – the brainchild of Yorkshire art school boy Bill Nelson. Popular music was never more faddish than in the mid-nineteen seventies, and his crime was to be a year or so late to the party. Shortly after Modern Music was released, punk indelibly stamped itself on British youth culture, and the world would never be quite the same again. Yet although Nelson’s playing had all the energy of this new movement, musically he was closer to progressive rock and stylistically borrowed from Roxy Music and David Bowie. In short, Be Bop Deluxe was just too eclectic to be fashionable in its time.

Nelson’s first album – 1971’s Northern Dream – was championed by cult Radio 1 DJ John Peel, and he soon signed to EMI’s Harvest label as a result. It was possibly a mistake, because it anchored the band into the progressive rock scene, at a time when glam rock was soaring. The Be Bop Deluxe sound was hard to pigeonhole, falling between the energy and immediacy of pub rockers like Dr Feelgood and Brinsley Schwartz, and the technical virtuosity and complexity of prog rock luminaries Rush. Added to that, there were distinctive art rock facets to the band, such as their striking science-fiction influenced look.

Be Bop Deluxe’s first three long players – Axe Victim (1974), Futurama (1975) and Sunburst Finish (February 1976) – were all slices of complex, multi-layered rock embellished by Nelson’s highly ornate solo guitar work. By the time Modern Music was released on September 3rd, 1976 it looked like commercial success was looming – but just over one month later the Sex Pistols released Anarchy in the UK. Suddenly Nelson’s eleven minute-long songs with their complex, meandering twists and turns, just didn’t seem right for a world that now wanted snarling lyrics and simple bar chords. Modern Music was a great piece of work, but just missed the bus.

Fifteen songs are spread out over forty-two minutes, with the six-song Modern Music suite being the highlight. Written about the band’s experiences touring the United States, Nelson’s guitar soars through it in a way that Jimi Hendrix would have loved. Expressive and powerful yet beautifully nuanced, it’s no less memorable in the breezy Kiss of Light and melodic Ships in the Night, too. Meanwhile, his backing band (Charlie Tumahai on bass/backing vocals and Simon Fox on drums) and producer (Simon Leckie) provide skilful support. Indeed, the production is ultra-modern by the standards of its day, and the recording quality (courtesy of Abbey Road) excellent.

After the demise of the band in 1978, Nelson worked with soloists like David Sylvian, and produced and mentored The Skids – indeed, Stuart Adamson admitted his guitar work owed much to his friend Bill. The first Compact Disc pressing of Modern Music arrived in 1990 (EMI CDP 7 94731 2), and sounds surprisingly good for an album of that era, while the 2008 Japanese reissue (Harvest TOCP-70361) is the audiophile choice.