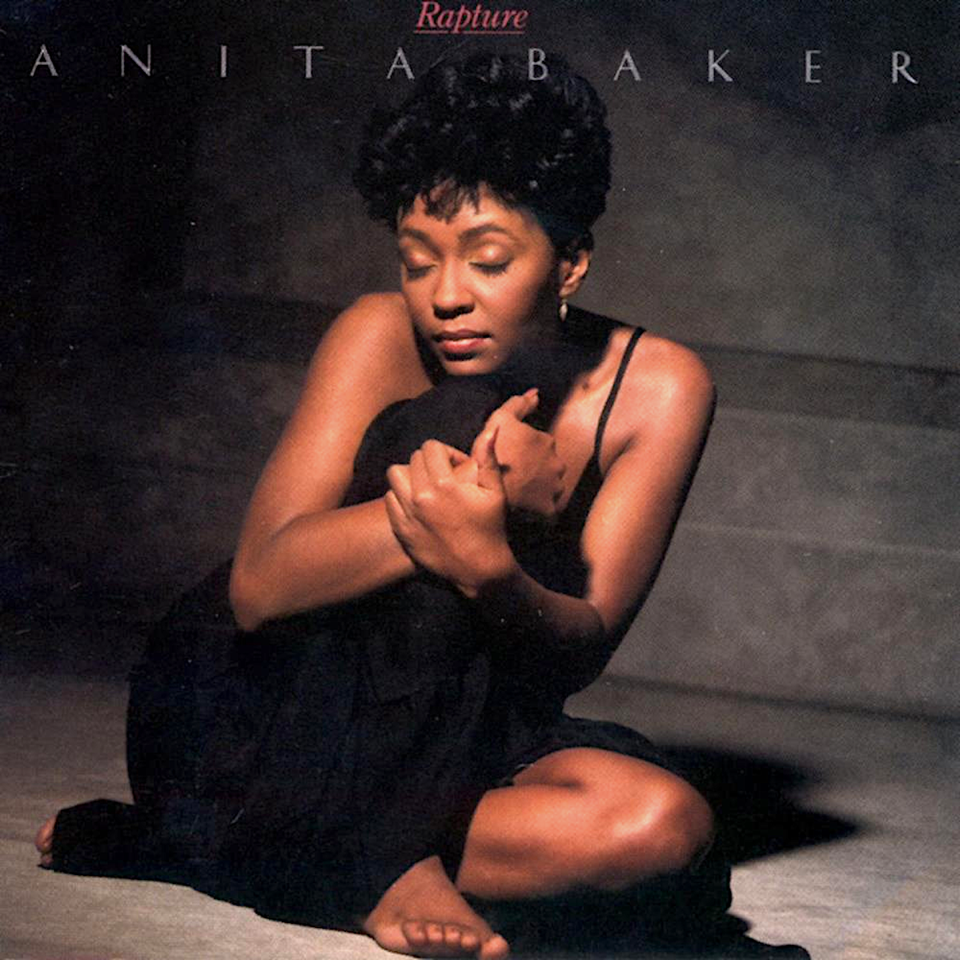 One of the finest R&B albums of the 1980s, Rapture made such an impact at the time of its release on March 20, 1986, that it came to define what many call the ‘quiet storm’ sub-genre. It sounded like nothing else around. Slick yet soulful, Anita Baker’s soaring vocals blended seamlessly with mostly electronic backing instrumentation and peerless recording quality to create a modern soul masterpiece.

At the time of Rapture’s release, R&B was at a crossroads. Just as Aretha Franklin’s bright star was fading, Whitney Houston surfaced to inject new life into the musical tradition. She blended soul stylings with sugary pop music to deliver a string of smash hit singles which put the genre back on the mainstream map. Yet behind the scenes, 29-year-old Anita Baker had been busy honing a sound and a style that was arguably more special. Her first solo outing, The Songstress, lacked mainstream appeal, but Rapture hit the spot perfectly. Featuring excellent songs played by top-notch session musicians, it was a total musical tour de force.

Polished to perfection, it oozed sophistication and class. Indeed it’s a testament to Rapture’s quality that critics still can’t decide whether it’s a soulful jazz album or jazzy soul album, but what is undisputed is that its technical standards were sky-high for the time. It seemed achingly modern, combining the glassy, chiming sound of the recently-released Yamaha DX7 digital synthesiser with Baker’s breathtaking vocals – with their bell-like clarity, gospel-bred emotion and explosive power.

The songs may be beautifully crafted, but the lyrics are not such a strong point. With almost any other singer they would sound trite, but Baker’s flawless vocal style ensures this doesn’t quite come to pass. As well as being a huge trans-Atlantic hit, Sweet Love is a sensual masterpiece, and Caught Up in the Rapture is another thing of beauty. Same Ole Love is lyrically clichéd, but Baker’s delivery is so beautifully nuanced that it still makes sense. What delights over and over again is her contralto voice’s combination of firecracker dynamics and gentle, considered restraint that she uses like a coiled spring.

The album proved a huge commercial success, putting Anita Baker on the global music map and selling over 8 million copies. This was thanks in no small part to its easy accessibility. You didn’t have to be a disciple of the R&B genre to love it, or even appreciate its calibre. Fascinatingly, it garnered praise in all corners of the music press of that time – even highly respected rock critics felt compelled to champion it.

By the early 1990s though, this album had spawned hundreds of ‘cocktail jazz’ imitators, and the whole musical sub-genre was becoming tired. Because the butter-smooth Rapture was so perfect, it could never be surpassed. In its place, a new wave of commercial hip-hop soon transformed the mainstream R&B music scene into something completely different. All silver disc versions sound special, but collectors will surely seek out the Japanese UHQCD MQA CD [Elektra WPCR-18232].